The Frankfurt Book Fair opened yesterday (13 October 2020), and as can be expected, the organizers have made a generous and transparent virtual or hybrid event out of it – but one feels the loss already. However, for many of us, it will not be a loss but eventually, a massive potential gain. This is because of the organizers’ open invitation to publishers and professionals to participate digitally and free of cost. Attributed by the opening event speakers to the quick and comprehensive political response of the German government, and more particularly to its minister of culture, it speaks well of a government that sees the value of ideas. A government conscious that books drive the knowledge and entertainment industries. And that books, culture, and the future itself are not mere commodities.

The opening event was both uplifting and a bit sad. Still, the underlying theme was the event’s humanity and that it stands for equity, justice, communication, science, and the written word. The need to continue the event in the face of the pandemic and for the way we have all had to think when confronted by a rampant virus that we barely understand, the need for “ambiguity tolerance.”

For many of us, even those who have paid to take part in the past FBFs and other global book fairs, the opportunities are perhaps greater at the FBF Special Edition this time than ever before. This is because we could never afford to take part physically with the resources needed to make much impact or to get the job done, and somehow the digital event by virtue of being free is more democratic.

As Jurgen Boos remarked in his speech at the opening — of the more than 4,000 digital book fair registrants, over 2,000 were interested in the rights platform. He seemed to imply (if I have interpreted his expression correctly) that this is a revelation — that this is really what Frankfurt has and what everyone wants — and that Frankfurt could learn from making this business process more accessible than in earlier years.

I speak here from a bit of experience as an exhibitor at FBF and the London Book Fair trying to interest global publishers in an illustrated book on Indian calligraphy unsuccessfully, by the late poet and calligrapher Raghu Joshi. I registered late at this year’s Special Event. The digital process of becoming a translation rights trader (of ten crime novels by Tony Dunbar) and possibly presenting IPPStar’s recent research on the book publishing industry was straightforward. And one that retains the integrity of the professional process.

IPP Star has taken advantage of registering at the FBF Special Edition for several reasons. Above all, we have covered the fair for the past twenty-five years in our monthly Indian Printer and Publisher trying to report on the Indian publishing and printing and services industry’s progress. Most often, we have done this in person, and twice we took stands with and on behalf of Indian printers to help them export book printing under a loose imprint called the ‘Indian Print Exporters Forum.’ We also helped the German Book Office organize a speed dating event for Indian printers to meet with global publishers.

This time IPP Star and I are also taking part in the rights platform as a rights trader for a wonderful series of ten humorous and hardboiled crime books that take place in New Orleans, Louisiana in the United States, written by Tony Dunbar. This genre, noire, I have always admired thinking that the reality of our cities and political life can only be accurately described by fiction. And one that I think is needed to describe the Indian reality. I hope to help sell the translation rights to Dunbar’s books to the Scandinavians who excel in this genre and also to publishers of Malayalam, Bengali, and Hindi fiction and perhaps other languages. The theatrical or video rights to Dunbar’s works are also available.

My last mission is to project and perhaps find further support for IPPStar’s on the ground research project on the Book publishing and printing industry in India and Bangladesh that we completed in 2019. This is a comprehensive project with a large sample of face-to-face interviews, emphasizing education, textbooks, and trade publishing in local languages. We believe that this work projects the little-understood scale of the Indian publishing industry because it is supported and validated by our knowledge of the entire production of the book printers in these two countries. 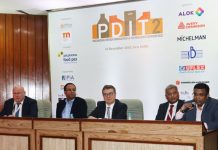 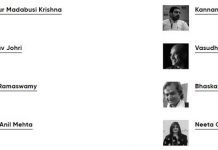 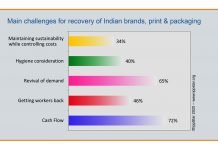 Results of the IppStar Survey of brand owners, print & packaging on the recovery from...

The need to invest in real evidence-based research and numbers