At the recent Wan-Ifra India conference in Gurgaon, it was difficult to gauge the health of the newspaper industry in India. There was still a considerable turnout of participants, especially in the production stream. There were also many exhibitors in the stands outside the conference rooms and although not as many perhaps as last time at Hyderabad, the software company’s participation stood out to us.

While the keynote addresses by Lisa Macleod vice president of Wan-Ifra and head of digital at The Tiso Blackstar group in South Africa and Warren Fernandez editor-in-chief The Straits Times and SPH’s English/Malay/Tamil Media group illustrated digital transformation, the conference had a pessimistic air. Varghese Chandy, vice president, advertising, Malayala Manorama, called out fellow panelists later in the day, saying, “If the print is not dead yet, it will die by the time this discussion is over.”

Most sessions revolved around the challenges faced by print in terms of ad revenue. The digital transformation seemed to be perceived as an enemy even though both the keynote speakers’ insights demonstrated both the acceptance of a new reality and its benefits.

They, as well as a few other newspapers that are still flourishing, emphasized the need for digital transformation while many others revisited additional ways to increase print revenue – conducting events, collaborating with brands, diversifying the business, adopting new circulation strategies. The benefits offered by digital in terms of content quality and reader engagement, monetization, and ad revenue were seemingly overlooked.

There seem to be zero press orders on hand for the manufacturers, and several of the leading dailies are not optimistic about the forthcoming festival season for which they have built up their capacities over the years. Several brief conversations with friends indicated that the situation is grimmer for the Indian newspaper industry than is commonly spoken about internationally when it is described as a country “where native language papers are still growing and with growing literacy, there should be some headroom.” The fact is that both the neo-literate and the youth demographic may have already fled to their smartphones and it is now imperative to be hyper-local.

There was a presentation about taking stock of the game changers in technology that has affected newspapers in the past 50 years based on a report by 15 authors commissioned by WAN-Ifra. Not having seen the report but having witnessed the presentation by two of the notable actors in some of these years, one looks forward to having a look at it. As K Balaji and Gerhard Raab said, key findings in looking back show that newspapers often resisted innovation and that their management tended to be in silos. One could argue that not too much has changed and that in the main with notable exceptions newspapers are still reluctant to change – to one degree or another.

History, legacy, nostalgia or hindsight are interesting, but for the most part, the conference seemed intent on improving the profitability of the print process, clearly something that Indian newspapers have not given up on. Even the presentations from overseas publishing houses that have mastered the art of bundling print and digital subscriptions made known that the maintenance of print circulations are key to advertising revenue.

On 20 September 2019, the day after the Wan-Ifra India conference concluded, the Indian finance minister Nirmala Sitharaman announced deep tax cuts that sent the stock market soaring. This has made for good copy for the ad bereft dailies. They are writing that while industrialists and investors are seemingly swooning, it is not yet clear how this will affect consumer demand and private investment. In any case, it seems a bit late for this season or even this financial year. 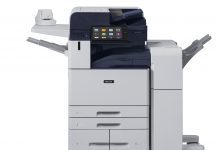