The “100 series” provides customers with new “high operability” based on the “high image quality” and “reliability” technologies that Mimaki Engineering has accumulated over many years. It is a product that can be used easily even by those who are unfamiliar with the printer operation.

It should be noted that the printer is equipped with a DAS (Dot Adjustment System) function as standard, which automatically adjusts the dot position correction and media feed amount, which were conventionally performed manually when changing the media to be printed. This feature provides for high operability and significantly reduces workload, while consistently delivering high-quality printing by eliminating variance in adjustment among operators.

In addition, the products are equipped with a variety of Mimaki’s functions for sign graphics, including NCU (Nozzle Check Unit), NRS (Nozzle Recovery System) and MAPS4 (Mimaki Advanced Pass System 4) to ensure the realization of the high level of print quality required in the market. The solvent ink compatible model “JV100-160” is compatible with Mimaki’s new generation ink, which has excellent drying properties.

The newly developed inks evaporate quickly to minimize bleeding, even on images requiring large amounts of ink to print, producing beautiful, detailed expressions. This allows indoor and outdoor signs to print directly on common PVC media. This can realize sharp and eye-catching signage prints for applications such as indoor advertisements and outdoor signs that require high weather resistance to support your business.

The UJV100-160, first introduced to emerging markets in March 2020, has been received favorably by customers, and sales is now to be expanded worldwide. UV-cured ink used by the model contributes to a significant reduction in production turnaround time due to their quick-drying properties upon output.

In addition to PVC and tarpaulin, which are common in outdoor signage, it can be printed on various media such as fabric (dedicated for sign graphics use), paper without an ink-receiving layer, and PET film, so it is a product that can be used by a wide range of customers in the sign graphics market.

Furthermore, both the models are equipped with “RasterLink7” as the standard accessory, which is newly developed as a RIP (Raster Image Processor) that controls printing.

The software was developed by incorporating the Harlequin RIP from Global Graphics, one of the world’s leading digital printing platforms, into the RIP engine that performs the RIP process. This resulted in improving the reproducibility of the special effect (transparency effect) of PDF files and increasing the RIP processing speed by 25% on average compared to “RasterLink6Plus”. One of features of “RasterLink6Plus”, the favorite settings has been taken over, which has been further improved.

With as our new catchphrase, “Expert printing made easy.”, we will develop global marketing promotion for our appeal about the “100 series” that can deliver high quality and reliable printing with superior operability and the “RasterLink7” of fine usability by means of further high performance and upgraded processing speed. 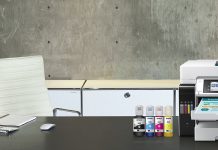 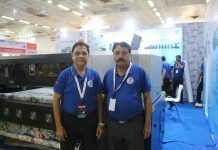 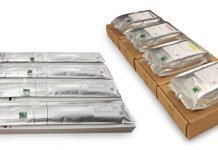