On 13 July 2020l, McClatchy announced that the auction on 10 July held as a part of its court-supervised sale process concluded with the successful bid of Chatham Asset Management. The terms of the proposed agreement are to be filed with the US Bankruptcy Court and confirmed by the court on 24 July. McClatchy will “transition out of Chapter 11 as it entered it: in its totality, as one company serving 30 communities across America,” said an announcement from Sacramento-based McClatchy.

It is expected that McClatchy will exit Chapter 11 protection in Q3 of 2020. According to McClatchy, the proposed agreement has a resolution and restructuring plan for the company’s complex legacy debt and pension obligations. It expects that the Pension Benefit Guaranty Corporation (PBGC) will assume The McClatchy Company Retirement Plan. McClatchy is contributing an estimated US$ 1.4 billion in pension assets to the PBGC.

As we wrote at the time, McClatchy, the second-largest publisher of newspapers in the United States by circulation, voluntarily filed for bankruptcy protection under the country’s Chapter 11 law on 13 February 2020. The Sacramento-based publisher listed on the New York Stock Exchange and each of its 53 wholly-owned subsidiaries filed their voluntary Chapter 11 petitions in the U.S. Bankruptcy Court for the Southern District of New York. The group has received US$ 50 million (approximately Rs. 375 crore) debtor-in-possession financing from Encina Business Credit. These events took place substantially before the Covid-19 pandemic further depleted circulation and advertising revenues of US dailies.

Begun in 1857 with a 4-page paper in Sacramento, that ultimately became The Sacramento Bee, McClatchy publishes the Miami Herald, The Kansas City Star, The Charlotte Observer, the (Raleigh) News & Observer, and the Fort Worth Star-Telegram among many other newspapers across 14 states.

McClatchy said it expected 2019, Q4 revenues of US$ 183.9 million, down 14% from the same quarter in the previous year. According to business media reports, its 2019 revenue is expected to be 12.1% lower than the previous year – the sixth consecutive year of declining revenues.

The company’s 30 local newsrooms are expected to continue to operate while it pursues approval of a debt restructuring plan with its secured lenders, bondholders, and the Pension Benefit Guaranty Corporation. According to the company’s press release, the company aims to emerge from this process in the next few months.

“McClatchy’s plan provides a resolution to legacy debt and pension obligations while maximizing outcomes for customers and other stakeholders,” said Craig Forman, president and chief executive officer in the company’s press release. Forman has over the past three years, considerably transitioned the group to digital.

The press release adds, “McClatchy has made significant progress in its digital transformation in the past three years. As the second-largest US local newspaper company, McClatchy has grown its digital-only subscriptions by almost 50% year over year and is now roughly evenly balanced between total audience and advertising revenues, with digital accounting for 40% of those revenues and growing, a much healthier distribution for an increasingly digital era. The Company has more than 200,000 digital-only subscribers and well over 500,000 paid digital customer relationships.

Analysts have commented that the restructuring of the McClatchy newspaper company is a further step in the financialization of the newspaper industry in the US where few family-owned newspaper groups remain. They have also raised questions about what steps Chatham will take to save some of the leading dailies and most respected newsrooms of the group and return the business to viability and profitability. 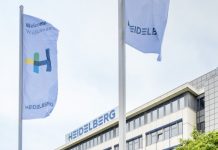