Initially planned for 2020, Canada’s physical presence as Guest of Honour at the Frankfurt Book Fair later this year has been postponed until 2021 due to the changed conditions caused by the Covid-19 pandemic. The committee organizing Canada’s presence, under the auspices of the Ministry of Canadian Heritage, reached an agreement with the book fair organizers and the subsequent Guest of Honour publishing industries to delay its physical appearance by one year. The countries scheduled to be FBF Guest of Honour in subsequent years – Spain, Slovenia, and Italy – agreed to postpone their presentations by one year to accommodate Canada’s move to 2021.

For 2020, Canadian Heritage and their partners are preparing virtual presentations to provide Canadian authors and publishers a strong presence at the upcoming online activities planned in parallel with this year’s Frankfurt Book Fair, which will be held under special conditions 14-18 October.

Juergen Boos, Director of the Frankfurt Book Fair commented, “We would like to thank the Guest of Honour committees, publishers associations and the authorities in Spain, Slovenia and Italy who, out of solidarity with Canada, have agreed to postpone their appearances in Frankfurt for another year so that Canada will have the best possible opportunity to present its literature and culture in October 2021. At the same time, we are looking forward to all the digital activities which will be presented by our Canadian partners during FBF 2020. This year has presented us all with major challenges, and we’ve seen the international book community come together in response. This cooperation between confirmed Guest of Honour countries is just one of many examples.” 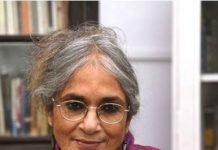 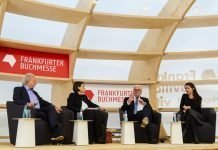