Kolkata-based Mantra Designers and Printers recently installed a Canon imagePRESS c8000VP. The press was inaugurated by Amit Roy, proprietor of Mantra Designers and Printers, and Puneet Datta, senior director of Professional Printing Products (PPP), Canon India. The Canon imagePRESS c8000VP which has over 100 installations across India. can handle a variety of jobs on different substrates, yielding good image quality.

“Kolkata is an important market for Canon, and we have installed multiple machines in this market in the past few months. We are excited to reinforce our footprint in West Bengal with the installation of imagePRESS c8000VP in Kolkata. The imagePRESS maintains high productivity and delivers vibrant output by smoothly integrating into existing workflows. We are positive that the installation of this press will prove to be a milestone in the growth journey of Mantra Designers and Printers and will further help them to gain strong acceptance among customers,” says Datta.

Roy set up his first printing unit, named Trishool Printers, that currently has a Xerox Versant 180 digital press, a Roland eco-solvent inkjet printer, a solvent-based flex printer, and a lamination machine among others. Mantra Designers and Printers is a new plant that Roy set up near his first plant.

“I have been in the printing line for almost 12 years now. Over the years, I noticed that all the machines installed in Kolkata were entry-level only. Usually, the size of an entry-level press is pretty small, and the cost is very less,” says Roy. The costing of an entry-level press is only one-fourth of that of an industrial unit. The reluctance to invest in higher-end presses clearly shows the risk-averse tendency of the Kolkata market.

“With time, we realized that digital printing demand is increasing leaps and bounds. We’ve witnessed new units coming up in the market. And despite an increase in the number of units, the demand didn’t fall. We then realized that this is a huge opportunity for us to gain market share, especially because the entry-level presses are only good for a small quantity of printed work,” Roy adds.

According to Roy, Canon has a comparatively smaller installation base in Kolkata. In fact, he claims that the decision to install a Canon was pretty courageous. In November, Roy came to New Delhi along with his team to research on which press to buy for his new plant. The collective feedback from the New Delhi market indicated that Canon was indeed the most reliable brand. “The print quality of Canon was superb, its processing time was much shorter, and even though the price was a tad higher, the output of a Canon press was much better.”

“Hence, even though the company has a smaller install base in Kolkata, we decided to install it. In fact, when I informed Canon that I have decided to purchase the imagePRESS c8000VP, they were pretty surprised. I told them that it looked to be the best available option in the market, and that is the reason why I’ve decided to buy it,” Roy informs.

Roy’s first plant Trishool has two digital presses. In January, Trishool supplied nearly 50,000 printed sheets. “In that unit, with changing the thickness of media, there has to be a long halt. While processing a somewhat bigger order of 200 prints, there are nearly 4 – 6 halts on those presses. Here in Mantra, we notice that there is no stoppage. And while changing the media, the stoppage time of Canon press is one-tenth of that of the others. While switching from 300 GSM to let’s say 170 GSM, the press requires cooling, and the new Canon press comes with an internal cooling system that allows faster changeover times. The print consistency of the new press throughout the run is also pretty good. Usually, corporate companies are very finicky about the print consistency as compared to other companies. But looking at Canon’s ability to maintain the print quality even in a 700-copy run, our corporate customers are extremely pleased,” Roy concludes. 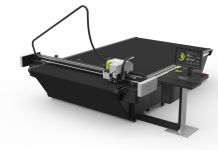