Michael Dwyer delivered this talk as a brief keynote at the start of the Independent Publishing session at the Jaipur BookMark event on 23 January 2020. Dwyer is the managing director and publisher at Hurst Publishers, London, established in 1969. Hurst publishes some 75 books each year focussing on the politics, culture and history of Asia, Africa, and the Middle East.

1 Don’t be intimidated, either by your author, the market, the media or indeed, your colleagues. I doubt whether any of the great publishers conducted focus groups, gauged the relative wokeness of the views expressed in a manuscript, or wondered how a particular critic or literary editor might respond to a book. That said, get your metadata and bibliographic information right. You cannot mobilize passion or commitment when seeking to outflank or second guess an algorithm.

Oh, and you can of course publish legally sensitive and controversial books without risking the entire edifice.

2 Become a networks trespasser. Cut across what you might think are established boundaries of influence, prestige and power. Leverage your independence of spirit, your non-corporate status, your speed of decision-making contra the bigger players. There are three arenas in which network trespassing can be deployed.

In signing authors that come to you rather than you going to them – and as a corollary, approaching authors that may already have been published by the corporates and found that a dispiriting experience.

In cultivating interest in your list and curiosity about it across a spectrum of opinion formers. Make them feel they need to know more about your list, your editorial objectives, and your authors. This takes a great deal of persistence and time, but keep persevering.

3 Third, if your house has editors, don’t restrict their acquisition to say only science, current affairs, or fiction. Encourage cross-fertilization between your lists and always think of editorial acumen as being multi-faceted.

4 As per the above, take risks. Follow your gut, trust your judgment. Publish what you are interested in, whether in fiction or non. Wherever possible retain your IP and sell it to your competitors only very occasionally and –

5 Develop niches, but don’t become slaves to them. These can of course be more than subject or category driven. You can help establish your profile by niche pricing, artwork and design, non-conventional routes to market, niche promotional strategies and publicity campaigns. Treat the difference your list brings to readers as your calling card, push it for all you’re worth. Also, exploit your decision to enter a particular niche, not only by engendering trust among readers and broader communities but continuing to build on that, delivering what they are looking for but also taking them in new directions.

6 Don’t fall into the same trap as ‘some’ of the corporations whose books fall off a cliff a few months after publication and are then forgotten; such is the pressure to publish and promote the next season’s often expensively acquired roster of authors. Mine your backlist, keep promoting books that may have appeared a year or two ago and don’t let your IP disappear from view, both yours and the wider world’s. As a corollary to that, your authors are your greatest asset, don’t neglect them, ever. Return to them again and again and keep building that sense of community centered around your list-building and editorial decision-making. Also never forget the oldest adage that you can publish a book in more than one way. I’m reminded here of Bloomsbury’s release of a children’s version of the international bestseller, Silk Roads, by Peter Frankopan. That has done so well that Bloomsbury is now combing its backlist, looking for other titles that might be suitable for similar treatment.

7 Spend disproportionately on cover design above all else and when commissioning cover art, remember that very many potential readers first encounter your jacket not in a bookstore but on their phone or online. Cover designs must, therefore, work in full measure as well as [in] matchbox-sized images. 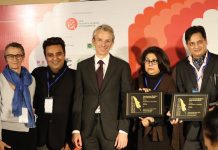 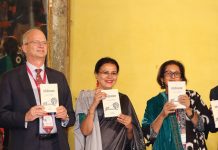 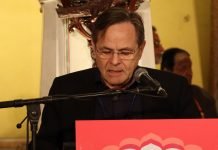 Why read translations? Or, Why there is no borderless literature and why that is not bad at all 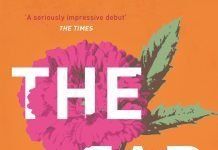