Dhanya Rajendran is the co-founder of the Bengaluru-based The News Minute, an independent digital news startup covering the south of India. The News Minute, which started with less than a dozen employees in 2014, has received early stage funding from Quintillion Media belonging to Ritu and Raghav Behl. It was one of the first media houses that did some extensive investigative research on the Vedanta Sterlite’s Copper plant operations, well before the 2018 police firing killed 13 protestors and sealed its fate.

Its reporting on the Tamil Nadu and Kerala floods has been noteworthy. One of Rajendran’s recent investigative stories is that of a drunk IAS officer trying to cover up his involvement in a car crash that killed a motorbike-borne journalist in Thiruvananthapuram. Rajendran cofounded The News Minute with her husband Vignesh Vellore, who is the chief executive officer of the company, and award winning journalist Chitra Subramaniam, known for the Bofors scam investigative stories in the 1980s.

Rajendran, earlier employed as South India bureau chief of the Times News Network, looks after the editorial side of the news site that has grown in five years to three dozen journalists. We asked her about the roadblocks to good journalism for an independent media house. Her candid answers related the challenges for small organizations in doing good investigative journalism.

“There were several issues that we faced as a small digital news organization. Some of the good investigative stories like the recent NRC story on Assam run by Vice had Rohini Mohan working on it for three months investigating how citizens are being disenfranchised. There were several sponsors for such a story. While US and Europe journalism has large budgets, funding for good journalism is rare in India. The corporate houses who own media have large budgets and complete crews dedicated to the stories they decide to follow. But there are several roadblocks that small independent organizations face while following a lead for doing any detailed investigative journalism,” said Rajendran.

While she agreed that stories like the CCD founder’s suicide needed in-depth coverage especially from the IT harassment angle, she admitted that media houses would think twice before touching it. There are many stories that are not investigated. “Even if we want to do an in-depth investigation, we often cannot. Firstly, if we put dedicated and capable journalists to investigate any story for months, we miss out covering the regular beat stories. So how do we carry our website forward? We can do it for a short period, but not over a longer time span. A balance has to be struck. Even if we feel that a story has potential and should be followed vigorously, we often cannot deploy manpower for the same. Secondly, the shortage of resources makes us think of how much we should spend on basics like travel and stay to conduct any detailed investigation,” she said.

“Then of course there is risk in doing such stories. Sometimes you get threats and most often there is no police or institutional protection for journalists. So you could get hurt or killed and for women journalists even covering Sabarimala or other events that attract crowds, can be dangerous. They can get hurt or even molested. In such cases I tell my journalists to play safe. There is no point risking yourself for the sake of a byte, which other media establishments will anyway carry.”

The News Minute website should break even by next year, added Rajendran. She is also confident that as long as the organization stays niche and small, it will survive because it can be run tightly and costs controlled. The big problem is the low digital revenue of websites which compels them to have a niche offering that attracts sponsorship or clients who want coverage in a specific area or are looking for collaborative projects. Targeting the southern states from the onset, News Minute has always been niche, focused on the region it knows best. Additionally, it is focussed on gender, human rights and social causes, stories that can get sponsorship from foundations.

Other Bengaluru-based digital platforms have also exploited this model successfully. An early starter was The Better India in 2009, producing positive stories about India largely for consumption by the NRI diaspora which has reportedly broken even, largely due to sponsored stories. The Ken, another digital platform with a daily long form business story, has received investor funding and turned profitable on a subscription-based model. In the burgeoning digital news market, Bengaluru has more than a dozen small news startups. 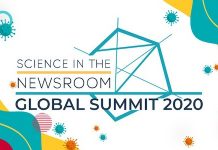 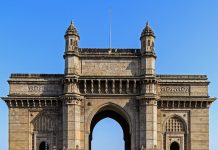