In search of a suitable new editorial system for their content and production operations, The Printers Mysore chose ppi’s Content-X in February 2017 and have been installing and integrating the system at their main site in Bengaluru for the past several months. The initial rounds of training of editorial and tech personnel are done with the creation of a project leader and several superusers. As we saw on our visit to Bengaluru’s main editorial office in mid-August, stories for the print versions of both Deccan Herald in English and Prajavani in Kannada are being entered by journalists and edited and processed in the browser-based and Unicode-friendly Content-X system. The pages are made in Adobe InDesign.

Journalists and editors are using the new editorial and workflow systems to produce the daily editions of Deccan Herald and Prajavani as well as two magazines—Sudha and Mayura. The page planning tools are used to configure the pages for the various presses at the group’s seven printing plants across Karnataka. Gradually, the new system will be used to publish and continuously update both the print and new media channels.

The Content-X editorial system stores content in the digital asset management system in a media-neutral XML format, which can be played out in digital and print, covering the full range of publishing channels. Essentially, the ppi Context-X system at the Deccan Herald group sits on top of Digital Collection’s digital asset management system, which can store and retrieve assets such as text, images, audio and video. The group plans to create variants and updates on the fly for channels including RSS feeds, social media such as Twitter, blogs, web as well as its print pages. The idea is that with the requisite set of preferences, structures, guidelines and workflow in place, updates in several channels can take place automatically and simultaneously. For instance, an update to a print story can also automatically broadcast a new tweet announcing the update in an appropriate way.

The Deccan Herald group (The Printers Mysore) is the first Indian publisher to purchase and install the complete suite of the Content-X multi-channel editorial and publishing system although eight other Indian dailies use ppi’s Classic production systems for ad booking, page planning and production. The group decided in favor of Content-X owing to its distinct multi-channel functionality and the extremely positive experience of leading news publishers. “We sent our technical professionals to the ‘Bangkok Post’ to evaluate the ppi Media editorial system, which we expect will help us automate and update our digital media channels,” says KN Tilak Kumar, joint managing director of The Printers Mysore.

According to the project leader Ismail, a still young but veteran Kannada journalist who has been with Prajavani for nearly a decade, the multi-channel ppi system presents new possibilities because of its centralized workflow. Apart from its editing and workflow tools, he says there is a belief that ppi’s planning tools can be leveraged to produce a better newspaper although he says this will only become apparent in coming months. “A tool in itself will not really be very special. The issue is how we can use it for meeting new objectives.” 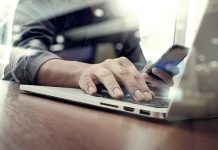 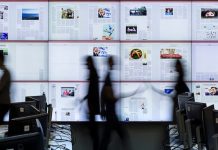 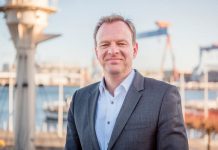 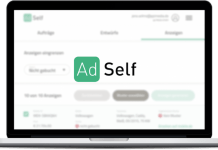