On its second day, the Wan-Ifra Indian Media Leaders eSummit drew everyone’s attention and highlighted the challenges women continue to face in the newsroom during the pandemic. It started with a question – “What should be done to make a more comfortable or dynamic space for women journalists?”

Ritu Kapur, CEO of Quintillion Media, put up the question to the panel – “Should newsrooms be more flexible towards women journalists or women professionals, or should it be the same [for both men and women] thing?” Kapur mainly focused on discrimination based on gender, adding that women working from home are overloaded with work, whether it’s official or personal.

The panelists at Wan-Ifra discussed how flexibility for women is becoming complicated, and it sometimes seems more challenging to bring them into new roles. Yagna Balaji, Founder-Editor of DT Next, said that a woman’s lifestyle, health, and mental health have become a soft topic, without acknowledging that their complex roles are very hard to handle. However, women have to cover it, there doesn’t seem to be any alternative, and they are living through it.

“The post-pandemic is going to be tougher for women because apart from the additional responsibilities, there will be the challenges of pay cuts,” Yagna added.

In today’s scenario, the mindful hiring of women in newsrooms is important, and it’s happening but at a slow pace, said journalist Rohini Mohan. Barkha Dutt, Founder-Editor of Mojo Story, also agreed with Rohini’s point on mindful hiring.

The panelists seemed to agree that while women of their generation were privileged enough to be able to join any newsroom, and if anyone observes the sex ratio at any newsroom, most journalists are women, women should not be seen as more economical hires. Nevertheless, when it comes to hiring someone for any news or editorial role, it’s important to hire someone who suits the role, whether the person is a man or a woman.

Dutt added that sexual harassment continues to be an issue in newsrooms that even now, it’s terrible to see that women have to fight for their assignments, they don’t get it automatically. And, many journalists don’t speak up at that point about sexual harassment because they don’t want to lose an opportunity to report that story.

At the end of the discussion, Yagna concluded the Wan-Ifra session by saying, “I just want the right person for the job and would welcome anybody who fits for the role. To put such a quota as such, 50% men and 50% women may be a better way of achieving this faster, but, right now, I just need more journalists to come in to continue writing. I want to give them the opportunities, and I think that I sometimes face more age bias than gender bias. Older journalists think that their experience should count while some of the younger journalists are equally qualified and bring perhaps a new point of view to the story and may be more suitable for the role.” 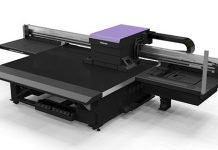 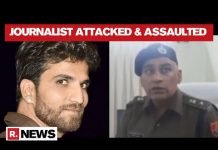 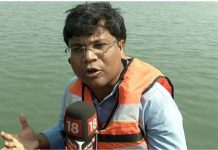