Writing a book is the easy part. Getting it published is trickier. Especially if you want to be widely read in North America. And you have neither studied nor worked or lived there.

Book manuscript submissions to significant publishers in North America can be made only through professional literary agents who are extremely busy and mostly unresponsive to the authors from the sub-continent without Oxford or Harvard educations. In the words of Rick Simonson of Seattle’s internationally renowned Elliott Bay Book Company, a regular speaker at the Jaipur BookMark – “In my view and experience, US publishers have seldom bought something from India that hasn’t been published there, or in the UK. Which is not to say it cannot be done.”

For me, the journey from journalism to authorship was akin to the transformation of a caterpillar to a butterfly. Having written for magazines and newspapers for over a decade, I wanted to move out of the daily grind – the slow crawl of the languid green worm who must nibble the leaf every day to survive. As a working journalist, one can report from only one beat and nowhere else. And when employed by a major newspaper group in India, you cannot freelance for others. Authorship was different. It could be a self-help book one day, literary fiction on another, a business book on the third, and you could choose from a variety of publishers for each. You could flit like a butterfly from flower to flower, till you found a long term companion.

The experience of being published in India had been smooth thus far. You could call it beginner’s luck, or maybe it was because the financial dailies had published many of my articles. But with two economics books published and another in the pipeline, I decided to try my hand at something different. Having dabbled in environmental journalism for a decade, I thought of writing climate fiction with a setting across four continents. A friend at a multinational publisher warned me that climate fiction was a tall order – I would have to look for publishers in North America who published this new genre. Knowledgeable friends suggested finding an Indian literary agent who worked in this genre. Unfortunately, there was none.

The elusive journey of looking for an agent and a publisher in the climate fiction genre started with the purchase of the 99th edition of  Writer’s Market 2020, a daunting 890-page volume. It had all the rave reviews that buyers provide on Amazon and cost less than Rs. 2K. I started by looking at the very exhaustive ‘book publishers’ list and made copious notes of publishers, genres, and the number of books published by them annually, in alphabetical order. After a fortnight of note-taking, I realized that 90% of the publishers listed, produced less than ten books a year. PAN McMillan was missing, and Penguin Random House was given a short paragraph. It finally dawned on me that this was a yellow pages directory with extensive coverage only for those who paid. The same pattern occurred in the literary agents’ section and others – offering not much more than Google’s paid search.

Returning to the internet, I started reading advisories from leading literary agencies like Curtis Brown, who run a creative writing school in London for nurturing potentially successful authors. Each week literary agents shared their experiences on how authors should query and handle submissions to grab the attention of the top literary agents. Following their advice, I tightened up my script and even sent the first few chapters of my book to Beta Readers in North America. There are many such learnings that authors must imbibe to be published by the Big Apple publishing houses, and I plan to share the insights of my learning process.

As my quest to find a literary agent in my chosen genre remained incomplete, I spent two hours a day for more than a month listening to podcasts and reading the blogs of major literary agents. There seemed to be three types of publishers in New York. In essence, the first were indie publishers who did ‘on demand’ publishing, another category comprised vanity publishers who took your money for promotion but did very little to justify sales. Then there were a few dozen traditional publishers, including the big five, with authors whose books sold 50,000 copies annually and got into the  New York Times  bestseller list.

Similarly, there were three types of literary agents. Those who took money for reading a book, but did nothing to sell it; others who were genuine but had a substantial slow-moving slush pile as they had no contractual obligation to sell your book; and, those who were offering to train you to catch the right agent, for a fee.

The most authentic were those very busy agents who asked for nothing but a 15% commission after landing you a publishing contract. Many of them are listed in the Association of Author’s Representatives or AAR giving details of the genres they work on. This is the list you need, to find the right literary agent for your chosen genre.

It was here that I found agents who combined fiction with nature, ecology, world cultures, business, and technology. Having shortlisted more than a dozen, and with some of the acquired insights on how to catch an agent’s eye in the daily slush pile, I will start my submissions. Wish me luck. 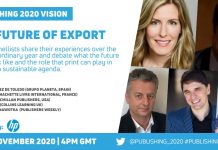 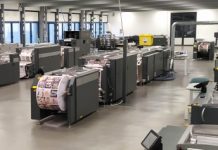