In 2014, the Jaipur BookMark held its first event at a smaller palace (not far but not a walkable distance) away from the main Jaipur Literary Festival. The commitment of the organizers in building a business platform never faltered, nor did their interest in Indian language publishing and poetry. The event has grown well, found its feet, and moved to its own compact haveli in the main JLF Diggi Palace grounds. It is likely to eventually serve its manifold and ultimate purposes of improving the publishing rights business, critical to the realization of its slogan ‘Where books mean business.‘  Many in the publishing community have supported the growth of this event that now lists 33 associates and sponsors with varying levels of contribution. Major Indian publishers such as Seagull and DC Books have stepped up substantially. Still, one partner stands out for its continued support right from the first JBM event – the Norwegian Embassy, and it deserves both praise and thanks – these guys get it!

The Jaipur Literary Festival itself is an enormous manifestation and accomplishment of what is possible – where art is necessary no matter the constraints, physical, cultural, or political. The organizers are navigators in a universe fraught with sponsors, egos, and politics. In its 13th year, one should have understood better all along what it represented – that in a less than ideal world not only did it manifest what is possible but that it has all along been the herald and witness to a literate, creative and democratic movement amongst the youth of the country. In this sense, JLF is quite rightly anathema to its right-wing, wind-bag detractors – it represents creativity, rational and scientific thinking, the courageous act of writing and speaking out, and the legacy of non-violent discourse and persuasion.

Translating National Narratives: Aditi Maheshwari Goyal engaged Anushree Rathore, Oscar Pujol, Rakhshanda Jalil, and Ravi Deecee in a conversation about language and identity. Here again, the tension between the construction of national identity and collective consciousness across regional borders and languages contesting the rich diversity of art was highlighted. 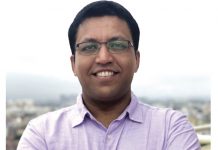 ‘Publishers can focus on the content and the relationships’