In an article in The Indian Express on 14 February 2020, Swati Narayan, who researched social practices and development indicators in Bangladesh in comparison to India, wrote that Bangladesh scores better than India on all social parameters. She gave evidence from her survey for a doctoral thesis that dispels the insensitive and moronic statement of a Union minister who alleged on 9 February that, “half of Bangladesh will come to India if citizenship is offered.”

Our sister company, IppStar’s research of the book publishing and printing industry, confirms that the government spending on education is far higher and more effective in Bangladesh than in India. Firstly, our research establishes that the Bangladesh government takes its obligation to provide education to all citizens more seriously than India, where school enrollment in government schools is flat, in marked contrast to enrollment in private schools where it is increasing. Secondly, our research shows that the per capita consumption of textbooks by children of school-going age in Bangladesh is 1.5 times higher than in India.

As Narayan writes about the development factors in both countries, “Bangladesh has achieved a marginal advantage in youth literacy. Further, across income quintiles, Bangladeshi girls have higher educational attainments than boys. Most importantly, my doctoral survey in Panchagarh district found that Bangladeshi children had better reading skills than the Indian average, as assessed by Pratham. Across 44 Bangladeshi schools, there were lower levels of teacher absenteeism. Further, the government provides free textbooks in the government, non-government (NGO) and madrassa-run schools promptly at the start of the academic year, without the chronic delays which plague India.”

In all the parameters that Narayan cites, such as healthcare, education, nutrition, sanitation, and women’s employment, Bangladesh fares better than India. She concludes, “In comparison, India is grappling with the worst unemployment levels in 45 years and sinking economic growth rates. Government ministers should pull up their own socks instead. Berating our neighbors with the false bogey of illegal immigrants, in light of the Citizenship Amendment Act, is nothing but unjustifiable Islamaphobic distraction. Instead, it would be far wiser for the Indian government to humbly learn the recipe of South Asian success from the impressive ‘Shonar Bangla.'”

No dividend without investment

Indian politicians love to talk about the demographic dividend with little realization that there will be no dividend without investment. A leading economist has described India as the world champion in social underspending. Narayan points out, “In contrast, Bangladesh, despite being a poorer country since the nineties, has spent a greater proportion of government expenditure on education and healthcare. The fruits of these sustained investments have reaped rich dividends.”

The generally better social services have positively impacted the development and social indicators of Bangladesh, including women’s participation in the workforce. These are borne out by its lower rate of population growth to an annual average of 2% over the past 30 years. In our table below comparing India and Bangladesh, we also show the data for the North Indian state of Uttar Pradesh, which in 1990 had a roughly comparable population to Bangladesh and which has far outpaced our neighboring country only in terms of population added. 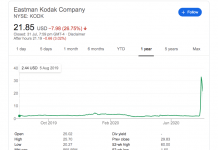 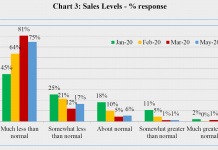 The May 2020 business inflation expectation survey of IIM Ahmedabad

The May 2020 business inflation expectation survey of IIM Ahmedabad