A publisher and author was thrown out from his rented stall at the ongoing 43rd Chennai Book Fair by The Booksellers’ and Publishers’ Association of South India (BAPASI) for allegedly “violating rules and displaying for sale a controversial book against the government.” The BAPASI took action against V Anbazhagan the author of a book alleging corruption in the Chennai Corporation’s Smart City project on Saturday 11 January 2020.

On the next day, Sunday 12 January 2020, the police were called to the book fair by the organizers who accused Anbazhagan ‘of criminally intimidating office-bearers of BAPASI on Saturday when the eviction notice was served on him.’ The police arrested Anbazhagan and booked him under Section 341 (punishment for wrongful restraint) 294 B (utters any obscene words, in or near any public place) and section 506 IPC (criminal intimidation) of IPC.

On Sunday itself, the magistrate initially refused to remand him while a police officer said, “There was confusion over whether his remand was necessary. We explained the issue in detail following which he was remanded.” Political party leaders, including DMK president MK Stalin and MMK leader MH Jawahirullah, condemned the arrest and sought his release.

According to the BAPASI secretary SK Murugan, allottees of stalls at the book fair, including the 450 members of the association, have to abide by a set of 25 conditions. “This rule has been there since we started the Chennai Book Fair 42 years ago, which Mr Anbazhagan flouted,” he said. However, it is reliably reported that the rule only says that banned and pirated books and CDs should not be sold at the fair.

A metropolitan magistrate in Saidapet remanded him in judicial custody till January 24.

In the eviction notice, BAPASI president R S Shanmugam said, “You had agreed to abide by rules of BAPASI while being allotted the stall. Selling a book against the government in your stall is a violation of these rules. Hence, we prohibit you from participating in the Book Fair and advise you to immediately vacate the stall.”

Mr Murugan said Mr Anbazhagan’s application seeking a stall was rejected initially. “Then he created a ruckus claiming that he was from the media. Based on his claim that he was a journalist and hoping that he would have some good books, we gave priority and allowed him to set up a stall,” he said.

The BAPASI secretary alleged that Mr. Anbazhagan wanted to release the “controversial” book, which the association’s 21-member committee rejected. “For this again he created a scene. He along with few others came to our office and abused us. Based on police advice we gave a complaint,” he added.

Mr Anbazhagan was booked under Section 341 (punishment for wrongful restraint) 294 B (utters any obscene words, in or near any public place) and section 506 IPC (criminal intimidation) of IPC.

In May 2017, Mr. Anbazhagan was detained under the Goondas Act on various charges, including blackmailing an aide of Local Administration Minister S P Velumani. However, in August that year, the Madras High Court quashed his detention under the Goondas Act due to “inordinate delay on the part of government officials in considering representations from his wife seeking his release.”

Asked about allegations that the police had kept him in a van and were circling along a particular route, the officer said, “We only took him to the Guindy police station for safe custody till the Assistant Public Prosecutor arrived.” 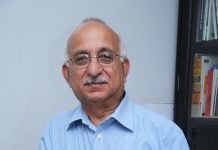 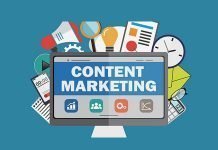