The Pitch Madison Advertising Outlook Report 2019 has revised its forecast for advertising expenditure (adex) for 2019 downwards, mainly due to a decline in television adex in the first quarter of 2019. The forecast for print adex has, however, remained unchanged.

Adex is expected to grow at 13.4% to touch Rs 69,073 crore with television and outdoor registering a sluggish growth according to a revised forecast report. As per the original report published in February this year, adex was forecast to grow by 16.4% to touch Rs 70,888 crore.

Whilst there is no change in the growth forecast for print, digital, radio and cinema, there is a downward revision for television and outdoor, which has led to an overall downward forecast of adex for 2019. The major reason for the drop in television adex is the decline faced in the first quarter (January–March 2019), because of the new tariff order (NTO), which caused chaos in the television market and led BARC to issue an advisory, not to use ratings because of major changes in availability of channels, Madison said.

In its original February 2019 report, Madison said that India is perhaps the only major market where print adex is actually growing year on year, although its growth rate is rapidly declining. India is probably the only country in the world where print still commands such a high percentage share of adex.

Print adex grew 4.4% in 2018, marginally lower than Madison’s projection of 5%. Despite this, it continues to be the second-highest contributor to adex, following television, with a share of 32%. The print share of adex in India is probably the highest in the world, according to Madison. In 2019, the print advertising market is expected to grow by 5% to come close to Rs 20,500 crore

Another interesting fact that brings out the resilience of print is that it has 200,000 advertisers and the number is growing, compared to television which has only 12,000 advertisers, the February 2019 report said. However, just five categories – FMCG, education, auto, retail, and eCommerce – dominate the print adex. In terms of category contribution, FMCG and auto are also the largest contributors to the print pie, with a contribution of 14%, followed by education at 10%. Contribution of eCommerce is way low at just 4%. Telecom, BFSI, and travel & tourism categories saw a fall in growth in 2018. It is significant that despite the sluggish real estate sector, this category has maintained its 6% share, Madison said. 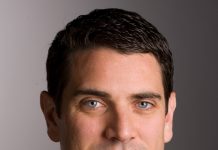 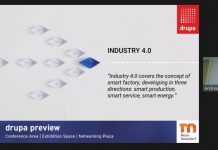 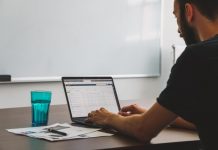