What is frequently called edutech can be explained as using technology or computers to aid teaching methods. From providing online degree courses to using virtual reality aids in classrooms, edutech has become a vast domain that is slowly gaining traction. Technology is spreading its arms to embrace all the aspects of modern lifestyle, and education is no exception to this change. The use of technology to enhace educational experience is widespread. However, the interference of technology in traditional methods may not be favorable for the traditional book and print industry. Instead of turning it into an opportunity, which it is, albeit requiring a different perhaps more agile kind of print service, it could become a huge challenge if not addressed or understood in its entirety.
The education sector, on the other hand, seems to be accepting the far-reaching scope of the internet to enhance the learning experience. Today, there are approximately 3,500 edutech startups in India, according to INC42 Data Labs. Despite the conventional education system dominating the country, edutech is slowly finding its way into the overall learning experience of students. According to INC42, most of the reputed schools in Tier-1 cities of India are using the services of edutech companies to incorporate smart learning techniques in their curriculum. Augmented reality, virtual reality, blockchain and STEM (Science Technology Engineering Maths) laboratories are some of the technologies offered by edutech startups already revolutionizing the Indian learning process.

In 2014, edutech startups in India raised up to Rs. 3.25 rore (US$ 500,000) across 32 deals and in 2018, the same market segment bagged Rs. 70 crores (US$ 10 million) across 56 deals excluding Byju’s. The number is expected to go up to Rs. 196 crores (US$ 25 million) in 2021, according to INC42 Data Labs. Something that started as an enhancement tool in education has evolved into an interesting business arena. The potential of the market segment is immense owing to its convinience, adaptability and cost-effectiveness. Meanwhile, Byju’s has itself raised almost US$ 500 million in 9 nine rounds to become a company worth more than Rs. 37,000 crore or US$ 5.38 billion.

Byju’s is valued more than US$ 5 billion

Byju’s is among the most popular edutech startups in India. Founded by Byju Raveendran in 2015, the app focuses on primary and secondary students and has more than 3 lakh paid subscribers. Overall, it is belived that the company has a base of 30 million (3 crore) users of whom 2 million (20 lakh) are paid users. Having raised Rs. 214 crore (US$ 31 million) in the latest round of financing by General Atlantic and Tencent, the company which has raised almost US$ 800 million in nine rounds of financing is now valued at more than US$ 5.38 billion (Rs. 37,000 crore). Although the company is still not profitable, it is expected to reach a revenue of Rs. 1400 in this financial year.

For students looking for colleges and educational courses best suited for them, College Dekho, started in 2010, has become a popular portal to compare, apply, save colleges and prepare for admissions. In terms of helping learn and prepare for CBSE, ICSE and state boards exams, Meritnation has compiled a vast store of high quality study material, tests and proficiency tests for students between classes IV and XII. These are examples of some of the most popular forms of edutech startups that are taking on the assiduous task of transforming the education system along with the future of students, teachers and job seekers.

With high quality and reliable learning resources, edutech startups are strenghtening the future generation and thereby transforming the future of the country. The new learning mechanism not only equips students with better knowledge but the personalized courses and resources allow them to cultivate necessary skills and prepare them for the roles in futuristic professional fields they seek and strive for. In the times where quality educational experience is looking at technology to improve itself, the only challenge that remains is the availability of desired jobs. 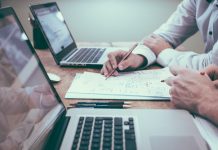 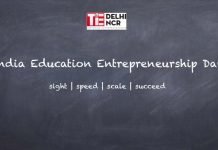