After obtaining intellectual property rights to the assets of Harland Simon following the company’s insolvency in October 2018, manroland Goss web systems has announced the launch of the new group focused on controls, drive upgrades and remote support programs for all newspaper press brands, Prima Controls Group.

Made up of former Harland Simon Engineers and Technicians and led by senior manager of Engineered Solutions, Steve Withers, Prima Controls Group is focused on providing the proven solutions for different makes and models of newspaper press equipment, utilizing their over 100 years of press controls experience to create new opportunities for success in newspaper printing, as well as support the large installed base of controls and drive systems and remote support programs already in place throughout the world.

“With the launch of Prima Controls Group, we believe that we are in the best position we have ever been to offer support and enhancements to the newspaper market,” said Ron Sams, vice president of Sales for manroland Goss web systems. “We now have the expertise and the portfolio with solutions for press controls and drive upgrades at every size and for every brand on the market.”

With the establishment and industry launch of Prima Controls Group, the team is now fully engaged in discussions with print providers of all sizes within the newspaper industry, creating best-in-class solutions made for the challenging requirements of newspaper production. 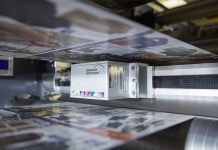 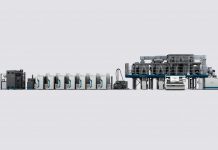