In January 2017, Burda announced that it was acquiring Immediate Media from private equity owner Exponent. In five years of ownership following its acquisition from the BBC, Exponent had more than doubled their money, so the time was right for an exit. For Burda, this represented a fantastic opportunity to catapult itself to the very top of the UK market whilst also acquiring a business that has developed deep expertise in making money from special interest genres.

Little did either party know that this transaction would be the starting gun for an unprecedented period of deal-making in the publishing world. The signs that the industry was ripe for change had been there for a while. The emerging model is to be the acknowledged, unrivalled subject-matter expert for your chosen audience. The days of the quick cash-in are gone; it is only deep expertise that can be properly monetised through the magic combination of commerce, paid content and live events that most are striving for.

In the 21 months since the Immediate deal was announced, we have seen further significant activity. I would pick out the acquisitions of Rodale by Hearst, numerous deals by Penske Media (rapidly emerging as a key player in the entertainment and luxury lifestyle space), the sale of Quartz by The Atlantic to Japanese digital business Uzabase, Meredith’s various recent disposals and, most recently, the re-emergence of Exponent Private Equity as the buyers of Dennis.

The biggest deal in the period – by some distance – was the long-rumoured acquisition of Time Inc. by Meredith, and this provides some useful examples of the benefits of this round of deal-making for the industry as a whole.

The pace of these deals is likely to continue as companies increasingly focus on being the number 1 or 2 player in their chosen categories. Meredith has a clear focus on this, with its desire to own the women’s audience in the US, and there was no hesitation in its decision to sell big marquee brands like Time, Fortune and Sports Illustrated. There are still a great many businesses out there without this clarity of focus and we can expect more M&A activity as a result. I’m also very conscious that this is a very Western-centric view and that there are probably a host of other deals in other parts of the world that I’m ignoring.

Undoubtedly, there are negatives from this type of activity. A great many people have suffered long periods of uncertainty and, regrettably, many will have lost their jobs. The overriding market trends have also meant the loss of many beloved brands – in the UK we are still mourning the demise of the NME, for example. Nevertheless, I think this is an overwhelmingly positive trend and I will suggest three reasons for optimism.

Firstly, there are a raft of new entrants coming into the market as a result. Think of Jeff Bezos’ acquisition of the Washington Post or, just this week, the Benioff family’s acquisition of Time magazine. New blood brings new investment and new ideas and while not all of them will survive, the overall injection of confidence and vitality brought by new entrants has to be a good thing.

Taking the Post as an example, at a recent conference the CTO of Amazon described the technology and product challenges they encountered following the acquisition. The challenge was simple – if a reader is not interested in, say, sport, then why do we insist on serving them sports news on the homepage? Amazon would never do this; their focus is on responding to and anticipating the wants and needs of the user. This kind of simple, customer-centric thinking, for so long alien at media businesses, required deep investment in the Post’s technology and is paying dividends in their booming subscriber numbers.

Secondly, the greater focus of existing companies on their chosen sectors must bring more innovation. The recent acquisition of BBC Good Food by Immediate Media in the UK has effectively given them control of the UK food publishing market, with a vast audience across print, digital and live events. The challenge is now for the management team to deliver further growth in a sector they own.

They will only be able to do this by delivering ever-more innovative ways of reaching an audience they understand better and better every day. An early example of this is their launch of an Alexa skill, driven by the recognition that when cooking, your hands are often dirty. This continuous product development drives growth in our sector and provides learnings for others to adopt.

Finally, much like in a forest after a fire, the death of the old is leading to the birth of the new. In pretty much every market across the world, there are thriving independent publishing sectors, very often focused on print, springing up in the gaps left by the death of older brands.

In a recent FIPP article, I described these new entrants as being “unburdened by preconception or expectation”, able to thrive because they aren’t thinking about the past, only about the future. Among them will be one or two who grow to become first leaders in their sectors, adding to the diversity of ideas, inspiration and innovation that we need to continue to deliver growth.

When the pace of this activity dies down, as it inevitably will, the industry will look very different. But I’m confident that it will be an industry that is more innovative, more productive and better-placed to thrive in an ever-more competitive market.

And, of course, for all the players involved, whether new or old, FIPP will be there to support them, helping them to consolidate their position as market leaders through our mixture of intelligence, solutions and partnerships.

Published with permission from FIPP 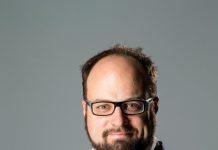