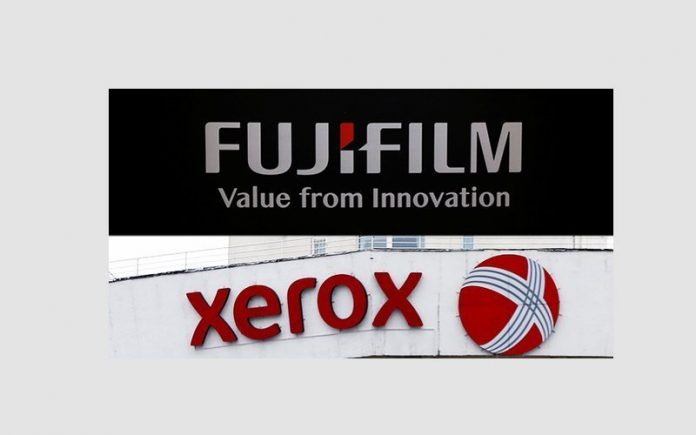 Fujifilm has decided to take over Xerox in a US$ 6 billion deal that will create an entity with annual revenues of US$ 18 billion and leadership positions in key geographic regions. The two companies have announced that that they have entered into a definitive agreement to combine Xerox and Fuji Xerox joint venture.

Shigetaka Komori, chairman and chief executive officer of Fujifilm, said, “Fujifilm and Xerox have fostered an exceptional partnership through our existing Fuji Xerox joint venture, and this transaction is a strategic evolution of our alliance. The Document Solutions business represents a significant part of Fujifilm’s portfolio, and the creation of the new Fuji Xerox allows us to more directly establish a leadership position in a fast-changing market. We believe Fujifilm’s track record of advancing technology in innovative imaging and information solutions – especially in inkjet, imaging, and AI areas – will be important components of the success of the new Fuji Xerox.”

Robert J Keegan, chairman of Xerox’s Board of Directors, said, “Today’s announcement follows a comprehensive review of our strategic and financial alternatives led by Xerox’s independent directors that began after the separation of Conduent in 2016. Upon careful consideration of all alternatives available to the company, the Board of Directors concluded that this combination is clearly the best path to create value for our shareholders. An attractive, certain cash dividend, together with participation in the future success of the combined company, presents a compelling value equation for Xerox shareholders. We are excited to strengthen our longstanding relationship with Fujifilm as we enter the next phase of Xerox’s transformation journey.”

The transaction, which is expected to close in the second half of calendar year 2018, is subject to the satisfaction of customary closing conditions, regulatory approvals and approval by Xerox shareholders.