Koenig & Bauer (KBA) generally dominates the Indian market for highly configured packaging presses. While the strong sales and installations of Rapida 105 and 106 format 7-color plus coater full UV presses continued in the past year, there has also been a breakthrough of sorts in the 75 format. Launched at drupa 2016, packaging printers such as Wikas and York Packaging have installed Rapida 75 Pro 6-color plus coater presses, while the recently signed for RS Print Solutions’ Rapida 75 Pro 6-color plus coater UV press will be installed in April 2018. In addition, a Rapid 75 4-color press has been ordered by a commercial printer in South India, whose name we cannot reveal at this time.

The Rapida 75 Pro is the redesigned and updated version of earlier 75 series presses with components such as K&B’s own UV curing systems and automation features and a user interface similar to the highly automated Rapida 76, 105 and 106 presses. The ErgoTronic console with the TouchTronic graphic user interface is standard on the 75 Pro.

K&B, together with its distributor Indo-Polygraph has hit a torrid patch in the last three months with signings for as many as nine multicolor sheetfed offset presses. Apart from the Rapida 75 Pro and Rapida 75 press sales cited above, a Rapida 106 7-color plus coater UV press has been sold to Wikas Printers in Nasik. This is the same printer that installed the first K&B Rapida 75 Pro in the country in the beginning of 2017.

Another order is for three K&B Rapida 7-color plus coater presses to Parksons Packaging, which might just be one of the fastest growing monocarton printers in the world right now. Two of the three presses, destined for Parksons’ Daman and Chakan plants, contain SPC and QCC automation controls. The SPC is the highest level of automation for simultaneous plate change that will change all seven units in 54 seconds apart from allowing other simultaneous operations key to changovers and make-readies. The QCC inspection system continuously scans and compares every printed sheet for defects. Parksons’ third Rapida 106 7-color plus coater on order is for the plant in Guwahati and while it is a full UV press, it does not contain the SPC and QCC highest level automation option. One can expect all three presses at Parksons Packaging to be installed by the end of July 2018.

The ninth K&B press on order in the past three months is from Canpac for its main plant in Ahmedabad. Canpac has just installed a Rapida 106 7-color plus coater in September 2017, at its Tirupur plant. Now, within five months of its first K&B press installation, it has placed a repeat order for a Rapida 106 7-color plus coater UV press with QCC and FAPC automation for its Ahmedabad plant.

The confirmed sales of nine presses in the past three months are an unprecedented order intake for any sheefted offset press manufacturer in India. While two of these are in the half format—a Rapida 75 4-color, and a Rapida 75 Pro 6-color plus coater UV press—the other seven presses are all 7-color plus coater UV presses. Among these seven presses, three are with in-line QCC automation and of these two have SPC which represents the highest level of automation for plate changing.  All the rest of the presses on order have FAPC which is the second-highest level of automated level of plate changing in which the plates on all the units are changed in less than 3 minutes. The implication is that the leading Indian packaging printers are optimistic that GDP growth will again exceed 7% and are ready to invest in the highest levels of automation and productivity.

This article has been corrected for errors on 26 February 2018. 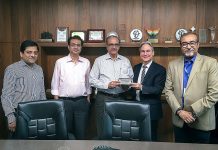 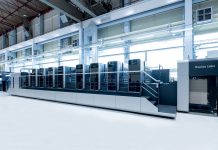 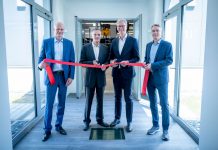 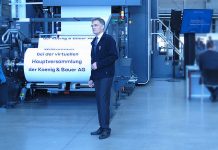 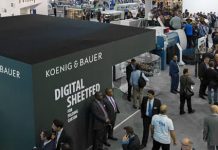