These were some of the slogans being chanted in Northeast Delhi on the afternoon of 23 February, according to a complaint received at the Delhi Police Headquarters a day later.

The Quint has accessed several such complaints related to the Northeast Delhi riots which indicate that the anger of one section of the pro-Hindutva side wasn’t just towards Muslims and anti-Citizenship Amendment Act (CAA) protesters but the Dalit community as well.

This story will provide excerpts from three such complaints, in addition to a video of self-styled Hindutva leader Ragini Tiwari in which she can be seen calling for a Dalit activist to be “cut down”. The story will also provide views of several experts on why such targetting of Dalits took place during the Delhi riots.

This is one of the first complaints related to the Northeast Delhi riots, filed on 23 February, the day when violence broke out.

After some time, Mr Kapil Mishra along with few of his henchmen who were armed with guns, swords, tridents, spears, sticks, stones, bottles etc gathered there and started chanting communal and casteist chants and slogans.

(Till now, these Muslims were protesting on CAA and NRC now they have started protesting on the issue of reservation as well. They need to be taught a lesson.)“

“Cars were stopped and cars belonging to Muslims and Dalits were identified and Muslims were called anti-nationals and mulle whereas Dalits were hurled casteist slurs and their cars were vandalized and they were physically assaulted.

Mr Kapil Mishra was inciting the crowd by airing his gun in the open and shouting ‘don’t leave these bastards. Today we need to teach them such a lesson that they forget how to protest”.

In response to this Mr Kapil Mishra and his henchmen in a well-planned conspiracy started assaulting the individuals belonging to minority and Dalit communities, which caused fear in these communities.”

Complaint 2: ‘Police Tore Babasaheb’s Poster and Threw it Away’

This complaint has been filed by a resident of Yamuna Vihar at the Dayalpur Police Station on 17 March.

Regarding what happened on 23 February, this complaint partly confirms what is written in the above complaint.

“In the afternoon on 23 February, Kapil Mishra and his supporters kept stopping and breaking cars belonging to Muslims and Dalits,” the complaint at Dayalpur Police Station says.

The complaint also narrates in detail the alleged events of 25 February:

“On 25/02/2020, the women protesters returned to the burnt Pandal and put up a picture of Baba Bhimrao Ambedkar Sahab and sat there. At around 1 pm, the owner of Mohan Nursing Home and some others went on top of Mohan Nursing Home and began firing bullets and pelting stones. At that moment the SHO who was present began pushing the women and giving dirty abuses. He even tore up the picture of Babasaheb and threw it away“.

The complainant alleges that the mob was “armed with guns, swords, tridents, spears, glass bottles, stones, sticks, etc which they were airing around openly, which created an environment of fear, and terror among minorities and the Dalit community.”

This complaint was filed by a resident of Babarpur and it has been received at the Delhi Police Headquarters on 6 May. The complainant claims to be a follower of Babasaheb Ambedkar. Here are excerpts from the complaint:

“Since, I am a follower of Babasaheb Dr Bheem Rao Ambedkar I used to raise the maximum Jai Bheem Jai Samvidhan slogans along with other protesters. SHO Dayalpur Talkeshwar and ACP Anuj Kumar used to visit there during the protest and used to get very angry with me…and used filthy language for Baba Sahab and used to say that if you and other protesters don’t stop raising slogans for Baba Sahab Ambedkar, you will be taught an unforgettable lesson.” Some of the local Hindutva leaders used to threaten us to stop protest against CAA/NRC/NPR and stop taking Baba Sahab’s name and they also used to abuse Babasahab everytime. Their language about Baba Sahab and the constitution is so dirty that I don’t even want to repeat it here. himti Hai Kya? Kaat Daalo’ In addition to these complaints there is also video evidence of Hindutva leaders calling for violence against Dalits. A video of self-styled Hindutva leader Ragini Tiwari alias Janki Behen had gone viral during the violence.

In the video, Tiwari can clearly be heard saying, “Kaat daalo, jo bhi hai, kaat daalo… Bhimti hai kya? (Cut him up, whoever it is, cut him up. Is he a Bhimti?) when someone, who presumably seemed like he was from the Bhim Army, came into her line of sight. “Bhimti or Bhimta” is a disrespectful term used for Babasaheb Ambedkar’s supporters.

Tiwari by her own admission had campaigned for the BJP in the 2020 Delhi Assembly elections. In the past, she has had often attacked Bahujan activists on social media. Dalit activists have put up several videos of her barbs and their responses. ‘Baseless’: Police, Ragini Tiwari Rubbish Complaints, Kapil Mishra Responds We sought responses from Kapil Mishra, Ragini Tiwari and the Delhi Police on the allegations leveled against them. Tiwari termed the allegations against her as “baseless”. She further alleged that she was attacked during the blockade.

Kapil Mishra chose not to respond to the allegations and instead said, “In my personal opinion The Quint is Anti India and Anti Hindu and totally biased against truth.” We also reached out to SHO Tarkeshwar Singh and ACP Anuj Kumar regarding the allegations against them. SHO Singh said he is not designated to talk to the media about the matter but said, “Through our PRO, we have already clarified that these complaints are baseless and false.” ACP Anuj Kumar has not yet replied to our messages and calls.

This copy shall be updated as and when he responds. Why Were Dalits Targetted? We asked a number of experts what could be the reasons behind this alleged targetting of Dalits during the communal violence. According to Bhanwar Meghwanshi, author of ‘I Could Not be Hindu:

The Story of a Dalit in RSS’, “radical Hindutva outfits’ anger against Dalits had always been there, but now its out in the open and even Dalits are now targetted in communal violence”. He says that the 2 April 2018 Bharat Bandh was a turning point.

“Whenever there has been a communal tension, the Hindutva brigade has tried to use Dalits as a tool against Muslims. But recently there has been a trend, especially since 2 April 2018 when Dalits protested against the dilution of SC/ST Act, where members of RSS, Bajrang Dal, VHP have openly used slogans like Har Har Mahadev, Jai Shri Ram to attack Dalits,” he told The Quint.

Specifically referring to the Northeast Delhi violence, Meghwanshi said: During the anti-CAA protests, a lot of Ambedkarite groups had shown solidarity with Muslims. Maybe the anger during the Delhi riots stemmed from that. Bhanwar Meghwanshi Meena Kandasamy, poet and Dalit activist, who had visited the violence-hit areas said, “For right-wing groups, the ideological enemy in the Indian context has been Dr. BR Ambedkar who has always exposed the radicalization of Hindutva.

So, it is not surprising that his photos were torn off by Hindutva groups during communal clashes in Delhi. ” Specifically referring to Kapil Mishra’s alleged remarks, Kandasamy said: We cannot look away. Kapil Mishra’s speeches said “we cannot put toilet cleaners on a pedestal”and that “tomorrow Muslims will also ask for reservations.”

Meena Kandasamy According to her, “clearly the Sangh Parivar views Dalits and Muslims as one and the same. She says that Upper Caste ‘rage’ and Hindutva politics cannot be delinked. “The anti-Mandal upper-caste Hindu riots and agitations began on college campuses in the latter part of 1990 and spread throughout the country – and this upper-caste male rage, a Hindutva rage was capitalized by LK Advani’s Rath yatra for the Mandir, All of this hatred ended up in the Babri Masjid demolition in 1992 and setting in motion another wave of riots. It is impossible to delink the anti-Dalit, anti-OBC DNA of the Sangh Parivar with its anti-Muslim face,” she said. Like Meghwal, Kandasamy also feels that the attacks could have been the result of solidarity between Muslims and Dalits during the CAA protests. One name that has come to be associated with this solidarity is that of Bhim Army Chief Chandrashekhar Azad.

According to Azad, “RSS groups have always been anti-Dalits. It is not surprising that their anger against Dalits supporting the anti-CAA protests came out in terms of attacks and vandalism of Ambedkar posters during Delhi riots.”

“For the RSS, the greatest threat is any possible mobilization where Muslims and Dalits stand together. This is their greatest existential fear politically, organisationally and socially. This is the one fracture in their idea of a Hindu society that they never want to see,” he emphasizes. 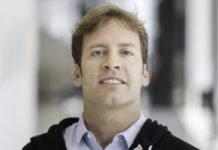 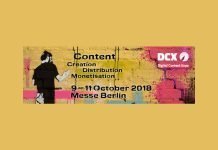