One of the big news stories to come out of the US last week was the US$ 765 million loan from the US government’s International Finance Department Corporation (possibly over several years) to Kodak to manufacture pharmaceutical ingredients, also known as active pharmaceutical ingredients (APIs). There was some excitement about Kodak’s stock price jumping 1435% or 300%, depending on when or where you got your news. As our screenshot reveals, the Kodak stock price was US$ 2.44 a year ago (5 August 2019), and it closed at US$ 21.85 on Friday, 31 July 2020. On 29 July 2020, it reached a high of US$ 33.20.

The loan to Kodak is the first use of the new authority delegated by President Donald Trump in a recent executive order that allows the IFDC and the Department of Defense to collaborate in support of the domestic response to the Covid-19 pandemic under the Defense Production Act. Adam Boehler, who heads the IFDC, said he learned of Kodak’s interest in creating a startup to supply ingredients for pharmaceuticals.

“If you look at drugs, 90% of the drugs that we take today are generics, and they are almost all made overseas,” Boehler said in an interview on CNBC quoted by AP. “The dominant manufacturer of ingredients for generics is China, and number two is India. And so, we said if we’re going to re-shore and bring things back and we’re going to have safety and security going forward, we need to change that.”

The new business unit, according to Kodak, will produce ‘critical pharmaceutical components’ to help rebuild the national stockpile depleted by Covid-19. Kodak Pharmaceuticals expects to develop up to 25% of the active ingredients used in non-biologic, non-antibacterial, generic drugs while supporting more than 1,500 jobs. Boehler said the agreement would create 360 jobs in Rochester, and 1,200 jobs in the construction and revamping of facilities in the area.

“By leveraging our vast infrastructure, deep expertise in chemicals manufacturing, and heritage of innovation and quality, Kodak will play a critical role in the return of a reliable American pharmaceutical supply chain,” said executive chairman Jim Continenza. Existing manufacturing plants in Rochester in New York state and St. Paul, Minnesota, will be retooled for the new division. Minnesota is an important Kodak site. Among other developments, it came up with the Kodal Flexcel NX technology there, which was sold to UK-based Montagu Private Equity and renamed Miraclon last year (2019).

What doesn’t seem to have come out in the recent stories is that the major imaging companies are generally also in the health imaging business in various forms, including Kodak, Agfa, and Fujifilm. Secondly, this is Kodak’s second coming in the pharma business, which it entered in 1988 and finally divested in 1994.

Since the 1920s, three companies, including Sterling, Winthrop, and Germany-based Bayer, were associated with and engaged with each other in various manufacturing and trading activities in the Americas, Europe, and Africa. In 1988, Sterling Winthrop was acquired by Eastman Kodak for US$ 5.1 billion, and in 1993, Eastman Kodak/Sterling Winthrop partnered with French pharma company Elf Sanofi (currently known as Sanofi Aventis).

In June 1994, Eastman Kodak sold the prescription drug business of its Sterling Winthrop subsidiary to Sanofi for US$ 1.675 billion and the return of Kodak’s minority stake in Sterling Health Europe. A week later, Sanofi announced that it was not interested in the diagnostic imaging part of the business, which it sold to the Norwegian company Hafslund Nycomed for US$ 450 million.

In August 1994, Kodak sold the remainder of Sterling Winthrop, including its over the counter drug business, which generated about US$ 1 billion in annual revenue, to the British firm SmithKline Beecham for US$ 2.925 billion in cash. Bayer lost the bid for buying Sterling Winthrop. However, in September 1994, it purchased the over the counter division of Sterling Winthrop in the US, Canada, and Puerto Rico from SmithKline Beecham for US$ 1 billion. In all this, Bayer also re-acquired the brand rights to the ‘Bayer Aspirin’ name it had lost because of the first and second world wars. 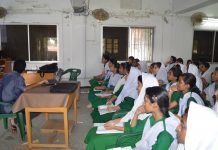 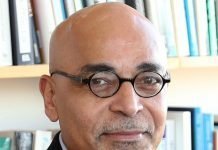