Researchers from CERN, the European Organization for Nuclear Research, can now publish open access with IOP Publishing at no cost after the two organizations struck a new ‘publish and read’ agreement.

The agreement enables authors from CERN to publish open access in 42 of IOPP’s journals, with no barriers and no article publication charges (APCs) for qualified articles at the point of publication. Articles will be published under an open license (CC-BY), allowing authors to retain copyright.

IOPP already has 10 similar agreements in place worldwide, with further contracts to be announced soon. Steven Hall, managing director at IOP Publishing, said: “CERN researchers have made some of physics’ most exciting and ground-breaking discoveries. As a pioneer in open access physics publishing, IOPP is extremely pleased to be able to support CERN’s commitment to the open dissemination of its research.”

Alex Kohls, group leader Scientific Information Service at CERN, said: “CERN was built on the fundamental ethos of openness. Our founding convention of 1954 enshrines the principle of open dissemination of our research results and the international collaboration among scientists. The research community at CERN has been at the forefront of developments in scholarly communication – even dating prior to the founding of the world-wide web – reflecting our belief that the open communication of research results is imperative to the progress of science. Since 2014, the SCOAP3 initiative has established immediate open access to published articles (with no author-facing charges) as the standard in particle physics.

“But CERN’s activities extend beyond particle physics. Our agreement with IOP Publishing represents another important milestone in our open access strategy, by allowing all CERN authors to publish their results immediately open access in IOPP journals. The combination of reading access and the ability to publish open access (Read & Publish) supports CERN’s efforts on an efficient implementation of its open access strategy and is the first arrangement of this kind for CERN, with hopefully more to come. This represents a critical enhancement of our efforts to make all CERN research freely accessible and reusable for the overall advancement and acceleration of science.”

Authors from CERN will be able to publish open access with IOPP whether their affiliation is primary or secondary. The agreement also covers articles from CERN experimental collaborations.

CERN
Physicists and engineers at CERN use the world’s largest and most complex scientific instruments to study the basic constituents of matter – fundamental particles. Subatomic particles are made to collide together at close to the speed of light. The process gives us clues about how the particles interact, and provides insights into the fundamental laws of nature. We want to advance the boundaries of human knowledge by delving into the smallest building blocks of our universe.

The instruments used at CERN are purpose-built particle accelerators and detectors. Accelerators boost beams of particles to high energies before the beams are made to collide with each other or with stationary targets. Detectors observe and record the results of these collisions.

Founded in 1954, the CERN laboratory sits astride the Franco-Swiss border near Geneva. It was one of Europe’s first joint ventures and now has 23 member states. 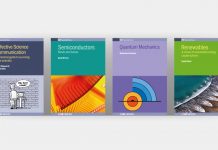