Due to the Covid 19 emergency in Northern Italy, the organizers of the Bologna Children’s Book Fair have postponed the event from March to May. For the time being, the fair has been rescheduled for 4-7 May 2020.

For Fespa, to be held 24-27 March in Madrid alongside European Sign Expo and Sportswear Pro, trade fair organizers have started to announce drastic measures against the risks of Covid 19 virus contamination.

Fespa organizers have contacted all exhibiting companies from China, requiring that they provide documented evidence that all representatives of their company attending the exhibitions, including sub-contractors, have not resided in or visited China at any time after March 5th. This represents a two-week period preceding the beginning of the build-up of the exhibitions.

Exhibiting companies from China not fulfilling this requirement will not be able to participate, and their options are being communicated to them in writing by Fespa’s representatives in China.

Fespa believes that this proactive policy is in the best interests of the health and well-being of exhibitors, attendees, partners and staff, as well as the general public in Madrid.

The fair’s organizers are also in contact with the other exhibitors and pre-registered visitors to advise them and to request that they should not attend if they have visited China after March 5th. This information has also been published on the event websites and communicated via the Fespa National Associations.

Similar measures are to be expected at the other upcoming trade fairs.

At Europe’s most important systems integration trade fair, ISE, held 11-14 February in Amsterdam, all 50 Chinese exhibitors and a twenty+ other companies including LG withdrew out of fear for the spread of the virus, and visitor attendance fell by 38%.

Recently most alarming, however, is the rapid spread of the virus in Korea and Italy, two of the main bases for machine manufacturers exhibiting at the upcoming Interpack and drupa events.

In Northern Italy, the Lombardy region around Milan has been affected, which is the hotspot of Italian packaging and printing machinery manufacturers, including Bobst and Omet. Within days, Covid 19 contamination hit more than 200 people in this region, and the authorities haven’t been able to identify the source of the contamination as yet. So far, there seems to be no connection with people who would have traveled from China. Most of Lombardy and surrounding areas have been locked down, schools and enterprises have been closed, and it looks like the postponement of BCBF is only the beginning. As to Interpack and drupa, crucial for the Italian manufacturers, consequences will be as drastic as for the participants from China, Korea and who knows where still. 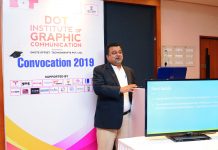 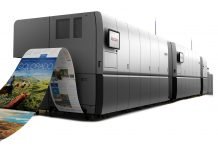 IppStar Survey – Webinars, optimism and recovery in the times of Covid-19