“After about two years of being in the digital printing business, we wanted to scale up our operations and graduate to production printer, which would offer better speed and bigger size but at the same time fit our budget. We saw demonstrations at multiple Canon customer sites and liked what we saw; Canon C710 ticked all the boxes,” says Deepak Shetty, proprietor of Print India.

The deal to buy the printer was announced during a roadshow organized by Canon India and Mumbai-based Edifice Technologies, which distributed Canon printers in the Mumbai market in October. The Canon C710 with IPR kit offers an economical option to printers who want to upgrade to a branded machine. The printer also comes with an EFI Fiery G250 kit. Customers have the option to go for either. The IPR kit comes at a more economical price point as compared to the EFI Fiery.

Print India, which operates from a 200 square foot unit, commissioned the Canon C710 on 9 October and within one month has printed close to 800 impressions every day. These volumes are double of what it was printing with the smaller machine.

“There has been a dramatic rise in the number of impressions we are printing every day. We hope to further increase the volumes in coming months. We have also acquired a lot of new customers,” Shetty says. Print India prints invitation cards, menu cards, business cards, danglers and brochures, among others for retail as well as corporate customers.

Talking about some important features of the new press, Shetty says that due to bigger size he has been able to take up a variety of new jobs. He has also been able to print on 350 gsm paper, which was not possible earlier.

“We could print on 300 gsm but now with 350 gsm paper we can easily print quality menu cards. Similarly, we have been able to take up many new jobs,” Shetty concludes. 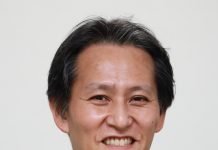