After two successful editions of ‘Power of Print’ in 2017 and 2018, Times of India Group is back with the third edition of the competition. ‘Power of Print’ is a unique initiative by the Times Group, which invites creative minds to build an impactful print campaign for a real brief from a real client.

The Times of India Group and Croma are joining hands to invite all communication agencies to come up with award-winning campaigns for a cause – ‘eWaste Management.’ The winning team will get a fully paid trip for two team members to Cannes Lions, and win a trophy at the awards night by The Times Group, in a unique capsule where BCCL will have a panel discussion by industry experts about eWaste management and also talk about the immense possibilities for creativity and innovation in print.

Creative professionals can participate in teams of two while individual entry of students is acceptable. Submissions open on 12 November with final date of submission being 6 December. The entries will be judged on 18 December, with awards being given on 10 January 2020. The creative team that wins will see its campaign released in the pages of Times Group publications by Croma, which has a multi-crore budget for this initiative. The retail chain that runs 134 stores across 32 cities of India wants customers to stop hoarding old electronics.

The objective of the campaign is to activate consumers into giving up old electronic gadgets when they are buying a new one or upgrading to the latest gizmo as well as get people to consciously identify items of eWaste lying around in their homes and dispose them off. The organizers hope that the campaign should lead to tenfold increase in the volume of requests for eWaste pick-up.

Through the ‘Power of Print’ competition, Times Group has been taking up important social causes. Last year’s competition, which Times Group organized in association with Nestle, dealt with the issue of right nutrition for kids. The objective was to inspire parents into action, to learn the basics of good food for better nutritious diets of their kids and establish. In the first edition of the competition in 2017, ‘Power of Print’ dealt with the issue of education of girl child.

Over the years, print has been a very powerful medium which has carried some of the most impactful and compelling campaigns across nations. These campaigns have been instrumental in changing consumer behavior and brand perception. Times Group believes that although digital media is making significant changes to how brands are communicating, print still has a very vital place in the whole scheme of things. 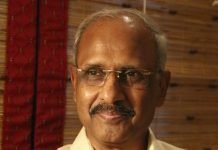 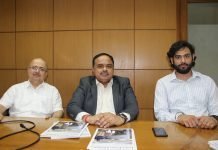 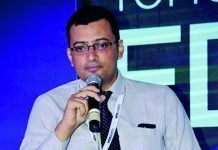