The WAN-IFRA event in Hyderabad on 26 and 27 September had some interesting presentations on the editorial and publishing side, although a greater number of the participants took part in the technical and production stream. While the editorial stream of the conference is concerned mainly with digital transformation and disruption, the technical stream is still quite relevant especially at a time when global newsprint prices are at record highs and efficiency in newspaper production becomes a premium concern. Although newsprint have slightly backed off from a high of US$ 810 a ton, the Indian Rupee has come down to 74 against the US$ and may cross 75 by the middle of October.

The first panel session of the conference, moderated by Shanth Kumar of the Deccan Herald, discussed the interdependency of the editorial, technical and business aspects of a news organization. Called ‘Bridging the Gap’, the discussion initially touched on the seemingly natural interdependence between the revenue, content and production departments of a news business. However, the discussion then broke down with The Hindu’s editor Mukund Padmanabhan suggesting that perhaps it’s not such a good idea to bridge the gap between advertising and editorial. “Let’s respect the gap instead of bridging it as far as editorial, tech and business functions,” he said, adding, “there is of course room for the conversation to continue.”

The inescapable issue of editorial independence (purported, militantly protected, or otherwise) came up several times in a healthy way at this year’s conference. There was slightly less exaltation of the revenue bringing wonders of paid news or native advertising. The tension of an industry that has become intensely hypercompetitive and in which circulations are not growing as they used to even in India was expressed by Steve Yelvington in his presentation, “The marriage of convenience between newsroom and advertising is breaking up.” The message from several speakers was clear that even if Indian language newspapers have room to grow, meaningful digital transformation is necessary and it will require leveraging and investment in both content and technology.

A few of the presentations at the Editors Forum were especially clear this year in Hyderabad. On the second day, Frederic Karen, chief executive officer and editor-in-chief of Svenska Dagbladt in Sweden, took the technology angle to its logical and next step. Describing the overhaul of the seven days a week in print publication, using a company-developed software Karen explained that the placement of stories on Svenska Dagbladt’s website and social media is now determined by the artificial intelligence of algorithms that decide on first page stories, personalization and prioritization.

Karen described the situation in 2011 and 2012 when Svenska Dagbladt’s print circulation and ad revenues started falling dramatically. With the rise of digital and social media “the news cycle was such at the time that readers couldn’t wait for the paper in the morning.” A new strategy around digital media and down-sizing the newsroom was imperative. Fortunately, the paper was and is a part of the Schibsted global media group active in 23 countries with around 7,000 employees, although the news brands are only in Scandinavia.

“In 2013-14 we came up with a strategy aimed at what would enable us to sustainably do what would be important for us to survive in 2020. You cannot be an independent publisher in this digital age without investing in technology. You need to invest in technology to be independent and you need to know what kind of technology to invest in. If you are depending on Google and Facebook, you will be in their hands at some point or the other,” said Karen. “We invested in building our own CMS – the Schibsted Media platform – in which we tried to simplify so that our journalists could focus on quality journalism.”

Based on five tools, the Schibsted MP was implemented in 2015. The first tool called Discover is a tunable web crawler for basic sourcing of information. News is sourced by crawling all the relevant news sites for a particular subject or story. “It’s like an agency but we can choose the sources that we prefer. This is also important for the business model because, for instance, we produce a newsletter for Gothenburg, a city in which we do not have any editorial staff or newsroom.This is scalable; we can produce newsletters for all the cities in Sweden without having newsrooms or staff there.”

The other SMP tools include Create – a tool for writing stories which takes just 15 minutes to learn and is based on drop and drag functions and tags. A third tool monitors the life or life cycle of an article. Stream is the tool that works for videos and is also very simple to use. Curate is the tool that is used for reader engagement and personalization.

Even in 2015, Svenska Dagbladt’s strategists wondered if the more data driven platform with more personalization would also require more manual work. “We took the decision then, that our front page and our home page should be run by data algorithms,” said Karen.

For the normal workflow, after a reporter writes a story, the editor evaluates ascribes a news value, meta data and lifetime value. If the story is of high news value, it goes high up on the page or the home page. If it has high social media value, it is placed suitably for taking this into account. Increasingly algorithms decided on how the web homepage worked. These could be different for different times of the day or for different types of users and even personalized on the basis of user preferences.

The SMP showed with a color code the editor’s estimation of the importance of a story and its expected life cycle – for how long it will be relevant. Important stories should be used to convert readers into subscribers and are also important in terms of the paper’s brand and how they reflect its character. Karen said that the good things about algorithms is that you can change them depending on the business model needed at a certain moment. “For instance if we need to drive traffic or digital subscriptions, we can change or tune the pages with the algorithms and accomplish our goals. The good thing is that the journalists don’t even have to know about all this and they can focus on the best stories and photos and let the algorithms do the rest.”

Karen talked about an experiment that has been tried for just about a month at the paper using algorithms driven by a kind of artificial intelligence. A story is published on the web and after 40 minutes of it being uploaded, a program the staff calls the Oracle checks the quality and quantity of traffic; how many readers and how much time spent on it. “If the story shows signs of generating subscriptions, the Oracle tells us through SnapChat to lock the story and put it behind the paywall. When the subscriptions tail off, the Oracle tells us to open the article to generate more page views and then the increased traffic helps us to drive advertising.” According to Karen, this model tries to balance subscriptions with advertising. The journalists just focus on their work.

Evaluating the overall strategy and technology initiatives, Karen said, “We now sell 400 subscriptions a day and are actually growing our base of subscribers. Although print is still declining by 4 or 5% annually, the digital newsroom has made our figures bigger and made our financial situation stable. We now have 70,000 digital subscribers. In 2015 we were losing 200,000 Kroner a month and now we have much better EBITDA with 25% of our revenues coming from digital. In the past five years, we have also won more awards than in the entire earlier history of the newspaper.” 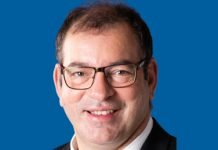 Flint Group up for sale since late 2019 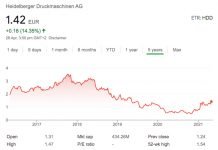