A number of new online websites are redefining the way news content reaches us. They are possibly, a beacon of hope for independent and objective coverage of news in India. With a majority of news sites owned or backed by journalists, the content these sites produce is of a quality that is parallel to ones produced in mainstream daily newsrooms. Raghav Bahl, founder of Network 18, left after it was taken over by Mukesh Ambani’s Reliance Industries, and founded Quintillion Media in 2014. Just as Network 18, Quintillion Media is an initiative designed to aggregate a number of digital media channels under its ambit.

In January 2015, Quintillion Media launched its first product, The Quint, on the lines of Huffington Post and BuzzFeed, and previewed it on Facebook. Another initiative, Quintype, which is basically a data-driven publishing company, was launched to support all the products that Qunitillion Media initiates or supports. In October 2015, barely a year after setting up Qunitillion Media, Bahl raised US$ 3.25 million (Rs. 20.6 crore) for establishing his product engineering and sales teams in the US and in Bengaluru. Recently, Ritu Kapoor, director at Quintillion Media, was elected member of the World Editors Forum (WEF) Board.

Quintillion Media has an authorized capital of Rs. 130 crore and paid up capital of Rs. 85 crore. In April 2016, Bloomberg partnered Quintillion Media to form BloombergQuint, which covers broadcast, digital and live events across India. The partnership aims to leverage Bloomberg’s global resources and Quintillion Media’s extensive experience in the Indian market to create a business news channel and digital platform for the growing news consuming audience in the country. Bloomberg will invest Rs. 100 crore in the venture with 26% shares of the equity while 76% of the equity will be held by Bahl.

While Quintillion Media is designed to grow as a business, there are other digital media ventures that position themselves quite differently. Siddarth Vardarajan, former editor of The Hindu, and Sidarth Bhatia, founding editor of DNA, came together to launch The Wire, a digital news media outlet, which intends to stonewall corporate and advertiser pressure on content. Every page on the website displays the message: “The Wire is published by the Foundation for Independent Journalism (FIJ), a not-for-profit company registered under Section 8 of the Company Act, 2013.” FIJ has an authorized capital of Rs. 10,00,000 and a paid up capital of Rs. 3,00,000, which is quite modest considering the challenges that The Wire faces.

The Wire has made public its receipt of Rs 3.7 crore in two tranches of Rs. 1.95 crore and Rs. 1.75 crore, respectively, from the local Independent and Public Spirited Media Foundation in the form of a grant. Rohan Murty has also donated Rs. 1 crore in two tranches of Rs. 50 lakh each for coverage related to science on The Wire. It seems that The Wire has gained traction both in its editorial mission and its ability to attract donations. It has also been able to expand in Hindi.

Newslaundry, another media critique, news and current affairs website, proclaims on its web page: “We will question established ways and models that get too comfortable and cosy. No one should be above scrutiny: Not politics, industry, civil society, and certainly not the media. Not them, not you, not us – no one.” Newslaundry was set up in 2012 by Madhu Trehan, founding editor of India Today, along with Abhinandan Sekhri, member of Public Cause Research Foundation, an NGO founded by Delhi chief minister, Arvind Kejriwal.

Unlike most other media outlets, Newslaundry has been forthright in providing details of its ownership on its website that are presented informally and satirically in an infographic captioned, “In the interest of transparency, and since so many of you asked.”

Not many of these online news outlets are able to survive on their own and a number of them have either been taken over by the big media houses or have faded into oblivion. The ones that are holding ground are those that have big media conglomerates to back them up. Firstpost, which is part of Network 18, is now owned by Mukesh Ambani’s Reliance Industries. Others like Catch, which was launched by the Rajasthan Patrika Group in 2015, had initially hired the Tehelka founding editor, Shoma Chaudhury, to get the website rolling in February 2016. Chaudhury was asked to leave Catch within a year of her appointment. 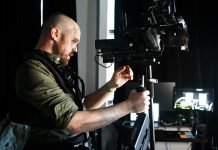 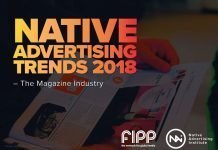 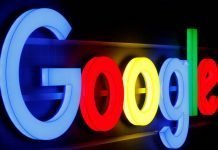 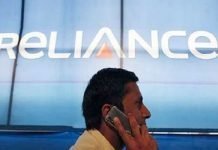