In the latter initiative, tax payers would receive a non-refundable deduction of 15% for their digital subscriptions. Details of the proposals are still being defined.

The tax credit is one of three aspects of a C$ 595-million initiative with the objective of a five-year boost for the ailing media industry promised by finance minister Bill Morneau in November 2018 fall fiscal update, according to CBC News. The tax credit will be worth 15% of the cost of a subscription, although Finance Canada spokesman Jack Aubry says the actual dollar amount someone saves will depends on the cost of a subscription.

According to Aubry the government believes the tax credit is needed to encourage more Canadians to subscribe to online news and help media organizations transition to a more sustainable business model.

Several countries, including the USA, the UK and Australia, for example, either do offer, or have offered, tax payers deductions for subscriptions of periodicals that directly relate to their work – such as for professional journals, and sometimes even newspapers if they are intended for use at a business.

Canada’s proposals appear to be the first of their kind, reports WAN-IFRA. However, there is already some debate in Canada over whether government intervention is necessary or even a good idea. David Skok, the CEO and editor in chief of The Logic, is critical of the government’s plans. John Hinds, president and CEO of News Media Canada, the national association of the Canadian news industry, told WAN-IFRA that he welcomes the plan.

“We believe that it will be a valuable tool to encourage people to subscribe to publications. As you know, it is hard to get people to pay for our products. We also believe it will be a good marketing tool,” said Hinds. “The subscription tax credit also fits in with the other measures the government has announced,” he added.

“They have expanded the charitable status definition to allow news media to set up charitable foundations to receive donations. . . . The big item in the announcement and the substantial investment is the journalism tax credit. This will allow publications to deduct a percentage of eligible journalism costs,” — John Hinds. 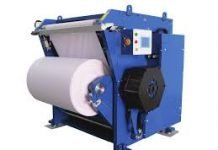