Master Printers Welfare Association (MPWA) recently hosted the first ever Indo-Nepal Printers’ Meet at Hotel Clarks Inn at Gorakhpur. The event gathered a huge audience with an attendance of more than 300 printers from Gorakhpur and the surrounding cities of Eastern Uttar Pradesh, such as Basti, Devria, Azamgarh, Bansi, Kasya, Kushinagar, Tamkuhi, Sehjanva and Lucknow. Nearly 50 printers participated from Bihar and 70 printers came in from different cities of Nepal such as Kathmandu, Bharava and Rupandehi.

The meet was an effort to improve and develop business relations and also to enhance bilateral relations between the printers of the two neighboring countries. In his speech, Madhav KC threw light on the status of the printing industry in Nepal and also stressed on the need for mutual understanding between the printers of both the countries. He said that the maximum printing machinery from Nepal is imported from India. He called the meet a welcome step as the country is dependent on India for procuring raw materials and machinery.

Kamal Chopra said, “With more than 250,000 printers, India is a leading country of the world. We always consider Nepal as our close neighbor and I wish printers of both the countries grow together. It is for the first time in Indian printing history that Gorakhpur Master Printers’ Welfare Association has organized the Indo-Nepal Printers meet under the guidance of KV Chopra and Manish Chopra.

In a keynote address, TKS Lakshmipriya, professor and head department of printing and technology Avinashilingam University, Coimbatore stressed the need of transformation. While speaking on the future of printing she said, instead of simply ink on paper we must look for value addition to get more profit and to retain the customer. Delivering his technical seminar Pankaj Tiwari, assistant professor of GJ University of Science and Technology, elaborated the role of print education and announced that now GJU is also imparting print education to foreign students. He invited students from Nepal for education in printing.

Need for a grievance redressal system

During Indo-Nepal panel discussions, Lakshmipriya offered to open a printing institute in Nepal with support from the Government of Nepal. The printers of Nepal were anxious about the performance of some of dealers/manufacturers of machinery due to poor after-sale service. Kamal Chopra assured the printers that whoever felt cheated by any Indian manufacturer or dealer could write to him directly in order for him to take strict action. Chopra also suggested to form a redressal forum to look in such complaints, if any. To some of the complaints highlighted by printers from Basti and Gorakhpur, Chopra assured of taking up the matter directly with the concerned company for the redressal of the same.

Other than printers, the event was graced by dignitaries like AK Sinha, former director of printing, Government of India and Subhash Chander, former president of AIFMP, who shared their opinion and knowledge about the the printing industry. 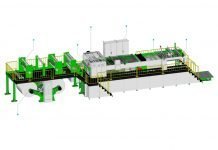 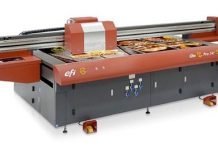