The Screen Print India 2018 took place in Mumbai from 20 to 22 April at the Bombay Exhibition Centre. This year’s edition was organized by Messe Frankfurt India after it acquired the show last year. Having made its debut in 1994, Screen Print India exhibition is held biennially in Mumbai since its inception and has grown wider in scope covering not just screen printing but textile printing and digital printing as well.
While the focus of the show was still on screen printing machines, textile/garment printing materials, sublimation printing, digital and conventional printing presses, digital textile printers, wide format digital machinery, consumables & inks among others, the organizer plans to expand the exhibit segments to cover embroidery, garment and apparel printing in the coming years which will supplement its textile technologies portfolio.

Screen Print India also announced 49 awards in 33 categories and the ceremony took place during the expo. Some of the gold winners include Efex Colour Screens, Chennai; Shanti Graphics, Chennai; Archer Art Gallery, Ahmedabad; and Santi Arts, Guntur, among others.

Epson’s direct to garment
Although Epson did not make a live demonstration of its latest direct-to-garment printer, SureColor SC-F2130, the company used the platform of Screen Print India to promote the printer. The SureColor SC-F2130 uses the Epson PrecisionCore TFP printhead with a resolution of 1440 x 720- dpi in color and 1440 x 1440 dpi in black and white. It can print T-shirts of thickness up to 25 mm and uses Epson UltraChrome DG ink.

On display at the Epson stand were two printers—SureColor SC-F2000 direct-to-garment printer and SureColor SC-T5270—for customers in the screen printing segment.

The SureColor SC-F2000 direct-to-garment printer can print on T-shirts of thickness up to 25 mm. The printer uses Epson UltraChrome DG ink and has a standard printable area of 356 x 406 mm.

Milind Chavan of Epson India said the show was very good with high footfall. Talking about Epson India’s performance in last financial year, he said the company did good business and the same trend is expected to continue this financial year as well.

KM shows MGI applications
Konica Minolta did now display any presses during the Screen Print India show but instead displayed samples of jobs done by its customers using the MGI technology.
“Our agenda for Screen Print India 2018 was to introduce our customers’ works to print buyers. This is an initiative to support our customers. Also, this shows that various print applications, which were possible to produce only with traditional screen printing, are now possible with digital technology. Customers would be able to create print jobs with special effects which couldn’t have been achieved with traditional technology,” said Vijay Kamat of Konica Minolta Business Solutions India. Some of the samples on display were produced by Printology from Delhi, Gandhi Cards from Nagpur, Dina Digital from Chennai, among others.

Talking more about the MGI, he said that there are 13 MGI customers in India who are using the technology for post-print embellishment for applications such as visiting cards, wedding cards and garment tags, to name just a few. The 13 customers are using a mix of MGI models: JV3DS, JV3D and JV3D Evo. The company will now focus on capturing the Mumbai market where at present it does not have any MGI customer, Kamat said.

Konica Minolta owns 40.5% share in France-based MGI. Having started the financial and strategic alliance with MGI in 2014, Konica Minolta has added MGI’s output equipment including hot foil stamping and embossing jobs to its product line in response to the digitalization needs in the professional printing market.
Kamat said that Dina Digital of Chennai, which has bought India’s first KM1 UV inkjet press, will organize an open house in association with Konica Minolta on 11 May in Chennai where all the details about the installations will be shared. 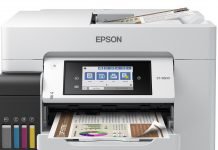 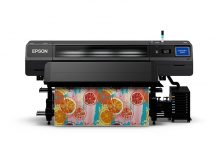 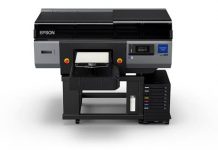 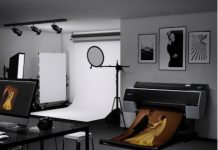