Paper prices have been on an uptrend since early 2017 due to strong demand and restricted supplies. Indian paper consuming sectors have been adversely impacted because of the elevated prices. The newspaper industry being a significant consumer of paper in India has also seen a severe impact on its cost of production. “The newspaper industry will have to live with this scenario for some more time as prices are expected to remain high,” says Suresh Shah, director, Nulith. The Andheri-based company supplies printing blanket specially focused towards the web offset industry. Nulith distributes printing blankets made by Rollin, which is part of the Trelleborg group.

“Although newspaper circulation has been growing in India, the recent price rise has had a negative impact on the bottom line of newspaper companies. In fact, this development is far more adverse than even demonetization that happened in late-2016,” he says.

Kaushil Shah, chief executive officer of Nulith, says one of the biggest reasons for the rise in paper prices is that domestic production in China has reduced significantly. Since mid-2017, China banned the use of mixed grade waste paper and demand for wood pulp (natural fiber) increased. Major pulp exporters such as Indonesia, Malaysia and Chile diverted pulp to China at a higher price, leading to a rise in price of the end product.

Indian paper mills, who were competing with Chinese imports in the domestic market earlier, are now in fact exporting. “This has created a tight supply situation in the Indian market,” says Kaushil Shah.

Has the price rise of newsprints impacted investment decision? According to Suresh Shah, newspapers are now looking to invest in solutions such as Rollin blankets that help in reducing wastages.

“There has been an impact on the newspaper companies and they are now focusing on optimizing costs. For example, they are now opting for Rollin blankets because they help in cutting wastage,” he says.

“Readers there are now getting local level news and this has been well accepted by the people as they were not getting that type of local news earlier,” he says. Other regions that are witnessing growth are Telangana and Andhra Pradesh. “The reason for growth in these areas is driven by bifurcation of the erstwhile state of Andhra Pradesh.”

In addition to the web offset industry, Nulith also offers solutions for the packaging industry. The company distributes flexo plates from China’s Huaguang as well as coatings from Germany’s Actega.

However, in the long run as corrugated, labels and flexible packaging segments adopt CI flexo technology, demand is expected to increase. 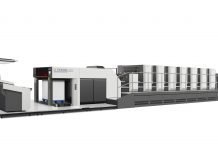 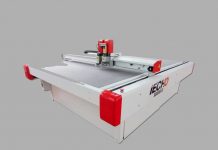 Indonesia’s APP to invest US$ 3.5 billion in Andhra Pradesh 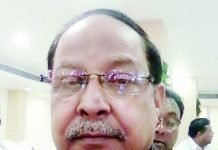