The Printing Museum, Tokyo, operated by Toppan Printing will celebrate 20 years since its opening on 7 October 2000. The Museum is marking the occasion by reopening on 6 October after renovation centered on its permanent exhibition.

It will also be launching Printing Culture Studies as a new academic field, based on the results of its research over the past 20 years. To coincide with this, a book titled History of Japanese Printing Culture will be published through Kodansha.

The concept for the Printing Museum was originally conceived in the 1990s, at a time when digital technologies began to permeate various areas of society, including the printing industry. Toppan sensed a need to preserve and pass on to future generations analog techniques and modes of expression related to printing culture that were at risk of being consumed by a wave of digitalization. The Printing Museum opened its doors in 2000 and has since worked to showcase printing as a medium of communication, collect historical printing materials, and preserve equipment and products that could otherwise be lost. Visitors to the Museum since its opening total more than 630,000.

Renovation of the museum has focused on the permanent exhibition, which is themed on the ‘History of Printing in Japan.’ The exhibition presents a broad perspective of developments around the world while taking a fresh look at the printing culture that has developed in Japan. It features a global history of printing in the form of a chronology as well as an exhibit dedicated specifically to technology. Beginning with the start of Japanese printing in the Nara era, visitors will be able to see how printing has developed from ancient times through the Middle Ages and early and late modern periods to the present day, learning about how it has grown from use by Buddhist temples to expand in wider society, becoming industrialized and then an essential presence in consumer society.

The activities of the Printing Museum have led it to identify a need to bring together insights from a wide range of perspectives and pass on to future generations knowledge of the vital role that printing has played in society. Coinciding with the 20th anniversary of its opening, the Museum will launch Printing Culture Studies as a new field of academic research to shed light on what printing means for human civilization, take a fresh look at it from long-term cultural perspectives, and explore the activities of the people and societies involved. The results of research into the history and culture of printing will be exhibited in the museum and made available to the public.

A logo mark has been specially designed for Printing Culture Studies. Each of the five Chinese characters is expressed by layering 10 different types of characters on top of one another to symbolize the unique nature of the new academic field.

One of the first outputs of these activities will be a book titled History of Japanese Printing Culture, published through Kodansha on 7 October 2020. The book will trace historical events and the culture of printing and publishing in Japan from ancient times to the modern-day, covering such topics as Japanese printing’s origins in the Nara era, its expansion and connection to the samurai, the influence of first shogun Tokugawa Ieyasu, reforms by the Meiji government, the impact on printing during wartimes, and the history of libraries in Japan. It will also include sections focusing on links with agriculture, the movement to reform Japanese script, and the shift from Japanese to Western binding techniques. An English version is due to be published as well as a book focusing on the collection of the Printing Museum.

“We are delighted to be celebrating our 20th anniversary and offer our heartfelt gratitude to everyone who has been involved, supported us, and visited the Printing Museum,” said Koichi Kabayama, the Printing Museum’s director. “Over the past 20 years we have received a lot of valuable feedback that has enabled us to identify the direction for our activities to take and we believe that this renovation is a further improvement of both tangible and intangible aspects of the exhibition. Together with our new mission of Printing Culture Studies, we look forward to enhancing content and broadening our perspective to the research of printing culture throughout the world.” 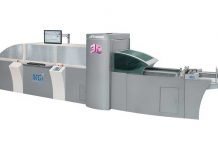 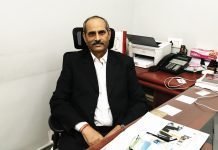 Avantika to replace its Canon C800 with Canon C8000VP 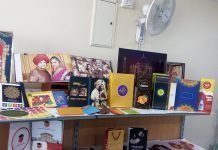