On her last day at the company, data scientist Sophie Zhang who worked for the Facebook Site Integrity Team wrote a 6,600-word memo that details countless bad actors with fake accounts worldwide who put up concerted political campaigns on the social media platform to sway political opinion. Zhang fired for persisting in her civic work, cites evidence of coordinated disinformation campaigns to sway political opinion in India, Brazil, Bolivia, Ecuador, and the United States. The Delhi elections in February 2020 are cited in particular in the memo in which she says, “I have blood on my hands.”

Zhang writes in the memo, “In the three years I’ve spent at Facebook, I’ve found multiple blatant attempts by foreign national governments to abuse our platform on vast scales to mislead their own citizenry, and caused international news on multiple occasions.” Zhang declined to talk to BuzzFeed News, which reported the story and quoted extensively from the memo. It said her LinkedIn profile said she “worked as the data scientist for the Facebook Site Integrity fake engagement team” and dealt with “bots influencing elections and the like.”

Zhang makes clear in her memo that removing bad actors who post ‘inauthentic news’ is not a priority for FB, which is more concerned by bad public relations. It prioritized, taking down stories that are pointed out by the New York Times and the Washington Post. She was overwhelmed by the work, given that FB does not provide sufficient resources to removing fake political news.

Zhang seems quite fond of Facebook, although when she asked the platform to do more to stop malicious activity related to political campaigns and elections, she was told that ‘human resources are limited.” And when ordered to stop focusing on her single-handed pursuit of political bad actors, she says, “I was told that Facebook would no longer have further need for my services if I refused.”

Zhang was fired this month and posted her memo on her last day, even after offering to stay on through the US elections as an unpaid volunteer. In her goodbye, she encouraged her colleagues to remain at Facebook and to fix the company from within. A Facebook representative has given the usual defensive and bland reply to Zhang’s memo.

Zhang writes in her memo, “I worked through sickness to take down a politically-sophisticated network of more than a thousand actors working to influence’ the local elections taking place in Delhi in February [2020].” Facebook never made public information about this network or that it had taken it down.

Facebook’s laissez-faire attitude to hate speech was also recently made clear in the Wall Street Journal. The report said that Bharatiya Janta Party supporters’ hate speech on the FB platform was not removed because its representative in India, Ankhi Das, said it would be bad for business. Facebook’s activities in India are also documented in a book by co-authors Paranjoy Roy Thakurta, and Cyril Sam published last year, ‘Facebook in India – How Social Media have Become a Propaganda Weapon and Disseminator of Disinformation and Falsehood.’

The Hindustan Times wrote an editorial on 17 August 2020, asking for a clear regulatory policy that would treat Facebook as a media organization, and hence accountable. The editorial says, “Despite employees of the company repeatedly flagging posts by a set of Bharatiya Janata Party (BJP) leaders and activists, which would fall within the social media publisher’s own definition of speech inciting violence and promoting enmity between communities, Facebook took no action. This was, according to the same news report, largely because the public policy head of the company argued that taking action would antagonize the government and the ruling party. By encouraging polarising and violent content, in an already fragile social context, Facebook chooses political expediency and commercial gains at the cost of law and ethics.”

“This newspaper [The Hindustan Times] has consistently argued that large digital media companies — particularly Facebook and WhatsApp (which is owned by Facebook) — not only threaten the current media ecosystem in India but also pose a serious danger to Indian democracy. They provide a platform for fake news that has misled citizens and created information asymmetry; they turn a blind eye to hateful content, which has translated into violence, lynching, and vigilantism; they create an uneven playing field which can affect democratic choices; they take money and promote targeted content which can skew voting behavior and elections; and with their predatory commercial practices, they threaten other sources of genuine news and information. While some argue that these companies have deepened democracy and enabled more citizens to participate in everyday discourse, this does not hold true anymore, for Facebook’s practices have eroded the quality of democracy, not just in India, but elsewhere in the world too.” 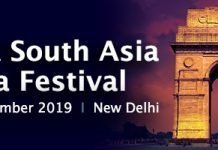 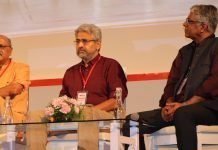 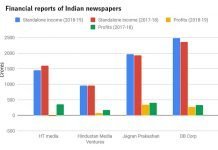