When I was a young college student in New York City in the late 1960s, I worked in several offset businesses and an envelope printer who used rubber plates on special high-speed presses. I worked both in prepress and in printing and became a trained offset printer because the jobs required qualifications. My so-called talent was, however, recognized in the prepress department, and while still a student, I was made the prepress manager of an envelope making firm in downtown Manhattan on Houston street. My qualification at that time was of ‘cameraman stripper.’

Stripping is the American word for imposition – of putting the then film pages, in the right order in the signature (or flat or Astralon sheet), for those of you who know or remember. It requires an engineer’s attitude to measurement, accuracy, and precision. In those days, it required instruments such as steel straight edges, good razor blades or a number 11 scalpel, reliable rulers, and a basic feel for accuracy and how presses behaved – when in doubt splitting the difference! And, a steady hand.

When I came back to India in the mid-seventies, it was in the prepress department, including imposition (which was and is still called pasting here), that I was able to improve the color registration on single-color presses. I did this simply by putting to use a Bychrome punch that was lying around and which no-one understood the value of. (This was quite apart from my work with computerized photosetters and Devanagari and other Indian language scripts, and color scanners. These stories will have to wait for another lockdown type of writing moment.)

Punches (Bychrome, and the more popular in India, Protocol) and pins (ultimately even on plate cylinders!) is what brought precision to Indian printing before the days of full flat or signature imposition output on an imagesetter or directly to plate on a CtP. It was this love for precision, this fondness for film, plate and press punches and pins, that made me recognize in the late 1980s, the attitude of Narendra Paruchuri. It gave me initial insight into how he approached color quality, even before he was globally acclaimed. Remember these were the days when registration of the four process inks was not a given, it was a struggle and quite often a compromise with a magnifier in hand and many print sheets wasted.

It was only many years later that I learned that Narendra was a chemical engineer by training and not a mechanical engineer like his brother. But it was this love of precision that made him an aficionado of computers and software, another interest that we share from the early days. On this Saturday morning, Narendra recalls those days, “The amount of money we invested on prepress was huge as we were trying out many things. Ultimate Impostrip cost us about $US 5000 in those days. It took us a long time to get the hang of it and communication was not as easy as it is today. But once we got the hang of it, it became so easy to add the extra margins required to be subtracted when printing a 16-page form (signature).

“The thickness of the paper was taken into account. This could be done in manual stripping also, but it was much more difficult. We were producing fully imposed flats and this saved time on the machine as the register was better and with a lot less dust and muck which would have taken so much time to erase on the plate.

“We graduated to Screen Taiga space and by the time we bought the first Scitex and Screen CtPs, we were fully trained. I still remember the first set of plates made on the CtP – Devdas, with Aishwarya and Madhuri, were already used to the precision process. I must confess that all the money we poured into prepress gave rich dividends.” 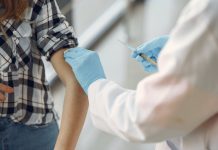