There is no question that the global demand for new sheetfed offset presses is slowing down. While some vibrancy has been injected by the fast-growing monocarton market especially in Asia, the overall demand for offset units with coaters is flattening and may require further restructuring and consolidation of the industry. Some of this has already happened such as the insolvency of manroland which brought about the split into two companies – manroland web system acquired by the German Possehl Group and Manroland Sheetfed which was acquired by the UK headquartered Langley Holdings. Similarly, in Japan, the consolidation of Mitsubishi’s sheetfed offset division and Ryobi’s press manufacturing division has led to the RMGT joint venture that seems to be doing well.

In the current financial year ending on 31 March 2020, Heidelberg and its Indian subsidiary Heidelberg India, in a major comeback in the market have brought in healthy double-digit sales and installations of multicolor presses with more than six dozen print and coater units. In terms of value, this year’s Heidelberg India installations have achieved a 38% market share. The CS 92 has done particularly well with half a dozen installs and there is a breakthrough XL75 8-color press with a double coater. K&B is in second place in terms of market value share because of its strength in the highly configured monocarton market, although it has installed fewer machines in the mid-single digits.

All the other global manufacturers have to a less and greater extent lost market share over their previous financial year’s performance, in terms of Indian installations. In India, Heidelberg, Komori and Manroland Sheetfed have their own subsidiaries for sales and service. Koenig & Bauer is represented by Indo-Polygraph Machinery based in New Delhi as is RMGT represented by Provin Technologies and also headquartered in New Delhi.

That brings us to the viability of each of these manufacturers, something that all print businesses must keep in mind. A print business might prefer to buy from a manufacturer with a stake in the future of the industry since the long term life of an offset press is roughly 40 years even though it may become obsolete in only ten years.

In our table below we have tried to put together some of the financial information that is publicly available in order to understand the long term stresses and viability or solvency of these companies. Keep in mind that we have not yet been able to make a strict apple to apple comparison as the companies differ in their financial categories as well as their accounting years and their levels of transparency. However, there is no reason that the same picture will not become clearer or more comparable in the coming months as full financial year data is revealed.

We have full-year data for Manroland sheetfed and RMGT whose financial year is the same as the calendar year. We also have full-year numbers for Koenig and Bauer although the year-end march figures are not necessarily finalized. The Komori and Heidelberg numbers are really valid only till their Q3 numbers up to 31 December 2019. In these, the final numbers will likely be quite a bit affected by the Coronavirus.

Keep in mind also that the figures for K&B and Komori also include web offset production and sales. For all the companies the figures given include spare parts, maintenance, software, and engineering services. In the case of Komori, they also include the sales of used presses which are clearly presented by region in the balance sheet.

The only guideline for viability that is discernible in our table apart from sales and profit where available are the ratios of turnovers to employees. These are for the 2019 and 2019/20 financial years, approximately Euro 0.147 million per employee for Heidelberg; Euro .137 million for K&B; Euro 0.195 million for Komori; 0.138 million for Manroland Sheetfed; and, Euro 0.4 million for RMGT. Also, keep in mind that the new Heidelberg Action plan announced on 17 March will reduce its workforce by 2,000.

This article has been corrected at 3:56 am Delhi time on 31 March 2020 because I discovered in the middle of the night that some of the ratios of the employee to turnover ratios were wrongly stated. One decimal point was in the wrong place and another calculation was incorrect. – Naresh Khanna, editor 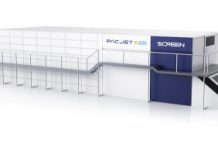 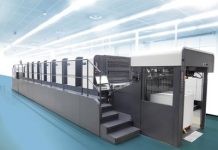 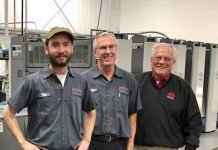 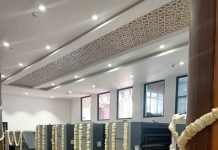