Rob Fassam, director – R&D at Fujifilm Specialty Ink Systems (FSIS) comments, “I am delighted that the Higher Regional Court in Düsseldorf has confirmed our position and the first instance judgment. This sends a clear message to anyone thinking of infringing our intellectual property”.

In 2017 FSIS had filed suit against Nazdar US and Nazdar UK as well as its German distributor Zaro before the Regional Court Düsseldorf for infringement of its UV ink patents EP 1 803 784 B3 and EP 2 383 314 B3 in Germany by offering its 702 and 703 UV inkjet ink Series claimed to be chemically compatible with the original inks for Océ Arizona and Fujifilm Acuity printers.

The patents protect specific inkjet ink compositions, offering a range of properties including improved flexibility, jetting performance, and adhesion. In the first instance, the Regional Court of Düsseldorf issued injunctions against Nazdar and Zaro. In reaction to FSIS’s patent claims, Nazdar changed the chemical composition of its UV inkjet inks. However, Nazdar continued to
market its UV inkjet inks as 702 and 703 Series, and also further failed to indicate to customers the change in chemical composition in a way that FSIS considered necessary to avoid patent infringement.

Upon appeal by Nazdar or Zaro, the Higher Regional Court of Düsseldorf has fully confirmed the first instance judgment. Nazdar and Zaro, therefore, remain injuncted from the offering, bringing into the market and use of patent infringing UV inkjet inks in the future in Germany and are sentenced to pay damages and render account. Furthermore, the Appeal Court upheld the first decision in that the change in chemical composition of the 702 and 703 Series is not sufficient to avoid infringement if Nazdar continues to market their UV inkjets inks as 702 and 703 Series without sufficient indication of the product change.

Finally, while without prejudice for the nullity proceedings filed by Nazdar against the patents before the German Federal Patents Court in Munich, the Higher Regional Court in Düsseldorf, like the first instance decision, did not follow Nazdar’s invalidity arguments and therefore rejected Nazdar’s motion to stay its decision. Meanwhile and in line with that, with the judgment
of 14 January 2020, the Federal Patent Court has also rejected the first nullity action of Nazdar against EP 1 803 784 B3 and fully upheld the patent (docket no. 3 Ni 2/19). The nullity action against the second patent EP 2 383 314 B3 will be heard on 18 February 2020 (docket no. 3 Ni 5/19). Due to the decision to uphold the first patent, FSIS is confident that the Federal Patents Court will similarly also uphold the second patent.

In the infringement proceedings, the Düsseldorf Appeal Court has not admitted a further appeal against its decision. Nazdar or Zaro may now only file an appeal against this decision of non-admittance within one month after service. However, even in such cases, the judgments remain
enforceable without any further prerequisites. In the nullity proceedings before the Federal Patents Court in Munich, Nazdar may file appeals, but again FSIS is confident that, should such appeal be lodged, it would remain unsuccessful.

Fassam said, “We invest significant time and resource developing new and exciting technology that benefits the inkjet industry. We will continue to protect our investment by filing patents that cover our technology and will take appropriate action against those who infringe.” 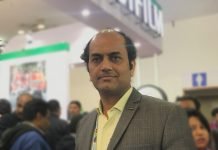 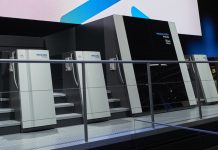 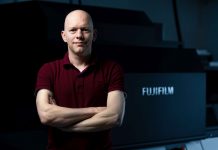