Diversity in longlist for young writers prize released on 24 January

Worth £30,000, it is one of the UK’s most prestigious literary prizes as well as the world’s largest literary prize for young writers. Awarded for the best published literary work in the English language, written by an author aged 39 or under, the Prize celebrates the international world of fiction in all its forms including poetry, novels, short stories and drama.

On receiving the 2019 award for his debut novel In Our Mad and Furious City, Guy Gunaratne said: “Dylan Thomas has always meant a lot to me, he’s a writer I’ve always turned to for inspiration. And after winning this prize, my mind just goes to all the other writers, or aspiring writers, who are writing from a place like where I began. A place like Neasden, somewhere I always thought was a nowhere place. But to make art out of the world, the language, the voices I grew up around I always felt was important…” 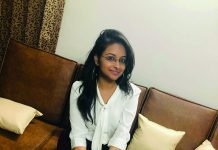