JVJ Sartho’s family owns a coffee plantation in Wayanad in Kerala. After graduation in 1991, Sartho set up his printing business, Flash, in Kochi. After more than a decade, the company expanded to digital printing. Flash started with a Xerox and maintained this relationship for about 15 years.

Last year, Flash bought its first Konica Minolta digital C6085 with IQ. The company wanted to focus on color quality and consistency throughout the print run, which is what the IQ 501 unit in line with the digital press ensures.

Currently, Flash has three digital printing plants, two in Kochi and one in Kozhikode. Flash bought three printers from KM in the past year. It bought a KM c6085 digital production press with the IQ 501 for each of the two Kochi plants. The plant in Kozhikode has a KM c2070 and an older Xerox press. “We opted for the IQ 501 unit for inline color scanning and double-side registration. The color profiles on the IQ 501 can be set with great accuracy, which is very advantageous for digital printers. In other presses, we usually tend to waste at least two to three prints for achieving accurate registration. Since we print ID cards, the print has to be exactly in the middle and only then will the double side print be acceptable to the customer as a payable product,” says Sartho.

According to him, Flash has added 10% to its customer base just because of IQ 501. “The double-sided registration can be achieved with a single click on the machine, which helps us to print faster with less wastage. I’ve seen the press running for exactly one year and I cannot exactly say if it is because of the IQ 501 feature or due to the newness of the machine, but the color so far is very consistent. Usually, the real difference in color and degradation of quality is noticeable only after 20 or 30 lakh prints. So far, we’ve only produced 10 lakh prints, so I cannot say anything for sure as yet,” Sartho adds.

For about the last six months, Flash has been facing a decline in print volume and it blames the economic slowdown as a major cause. Nevertheless, Sartho is hopeful that digital printing volumes will go back up by 10 to 15% toward the end of the financial year in March 2020. He indicates that though the last several months have been slow, there have been signs of recovery in November.

Sartho adds that the Kerala festive season demand has not yet arrived and once it does, it will boost the print volumes significantly. Currently, Flash prints close to 50,000 sheets in a month in its main plant in Kochi. The second Kochi plant prints nearly 60,000 sheets a month while the Kozhikode unit supplies more than 90,000 printed sheets in a month. “Now, I’d rather diversify than add more eggs to the same basket by increasing my capacity. I’m looking at expanding my dye sublimation printing capacity and look for more customers. In sublimation, t-shirt printing has a huge market as there is a massive demand in Kerala for printed jerseys,” Sartho concludes. 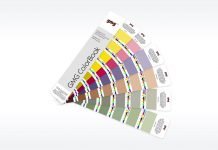 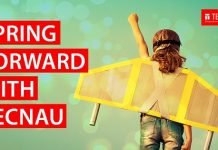 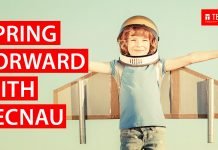