Newspaper prices in India do not pay even for the newsprint and printing – the direct variable cost of the newspaper. Consequently, newspapers rely on advertisers to cover these expenses. The situation for publications worsened with the rise in digital news media. Digital is said to have resulted in shorter attention spans of readers and loss of interest in long-form content – or even any content that is not real-time or interactive. Apathy towards commercial communication often accompanies free access to digital news media.

Digital media targets every individual preference, thanks to the algorithms that service readers based on their interests. The change in content consumption patterns, the measurability of digital users and the ability to target a specific audience offer digital advertisers the ability to make an impact with cost-efficiency.

The newspapers are struggling to maintain ad revenues, let alone increase their circulations in the face of these challenges. The ‘High time readers pay for content in print media’ session at the INMA India conference included Sanjeev Bhargava, brand director, Times of India, Sridhar Aranala, head of Sales and Distribution, The Hindu, and Basant Rathore, senior vice president, Strategy and Business Development, Dainik Jagran. Moderated by MK Venu, founding editor, The Wire, the discussion attempted to understand how legacy newspapers can monetize their content.

The discussion began by acknowledging that newspapers have been sold almost free in India for far too long. This practice has made it difficult to make the reader pay for content. The papers rely on ads to cover the cost, a model that is failing against digital disruption. According to Aranala, the singular focus on ads instead of readers has led the industry to believe that readers are not willing to pay for content.

He suggested that creating quality content and making it available across multiple platforms might encourage readers to pay for it. Shifting content behind a paywall might also help news media to sustain their business. Being present in both formats ‒ print, and digital ‒ could be of help. Readers are still consuming content; it is just the medium that has changed. Nevertheless, Aranala is not overly worried.

Digital media has become the primary purveyor of news. Readers no longer wait for a newspaper to deliver breaking news. Bhargava said that papers need to provide analysis of that news. He asserted that consumers would then pay for content. He agreed with Aranala that monetizing content and using paywalls will push readers to pay for content. Consumers are willing to pay for service; they are already paying for entertainment sources such as Netflix.

Bhaskar Das, conference curator and group president, Republic Media Network, interrupted the discussion and referred to Bharat Anand’s book, The Content Trap: A Strategist’s Guide to Digital Change. Das said that The New York Times created a user network on its digital platforms where readers could access NY Times’ content for free while its opinion pieces were limited to subscribers – a money-losing model.

However, after two years, the newspaper changed its strategy to provide its online content at a flat subscription rate and free for its print subscribers. The new approach resulted in over US$ 100 million in subscription revenue in the first year, according to an article on Gowithfloat.com. The NY Times also created an app, where readers could help other readers in the case of calamities, hence, creating a community network.

Das questioned the panelists, asking why Indian newspapers don’t try something similar. Rathore responded by saying that monetization of content is not a single step, but a series of steps. The revenue coming from digital to the content creators is not enough to cover the price of print, while the cash burn on content is enormous. Meanwhile, the cover price of vernacular dailies is better than their English counterparts because of the differences in markets and competition – forces that are beyond the control of a news organization. Pricing decisions are complicated.

The discussion shifted to the best strategies for paywall implementation. Unlike other industries, newspapers are not aware of their consumers, their consumption patterns and preferences. Newspapers can’t access the kind of analytics that social media and digital platforms have. Analytics requires investment in technology and resources. Moreover, Indian culture is diverse, and the market is fragmented. The panelists agreed that newspapers do not have the data analytics of their readers. However, through outreach programs, newspapers attempt to understand their readers. These could help them to create reader experiences where they offer their readers contextual content.

In conclusion, the panelists agreed that print and digital are very different – entities needing unique approaches. Print might work with ads, and content monetization could do the trick for digital; newspapers need to figure out content monetization in whatever form they can grow it.

News organizations may not be able to change consumer preferences, but they might, however, recognize and leverage them for mutual benefit. The panelists said that while print cannot compete with digital, it still has a potentially sustainable place in the market – one that needs to be leveraged by unique strategies and innovation. 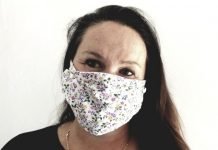