One of Pune’s leading printers, Unique Offset, has strengthened its digital printing capabilities by installing two brand new presses, one color and one black and white, from Canon. An established name in the printing business in Pune, Unique Offset has been catering to offset printing requirements from visiting cards to flyers to annual reports for close to two decades. It entered the digital printing space in 2014, by bringing in a brand new Ricoh Pro c651ex. The two Canon presses will now replace the Ricoh.

“We used the Ricoh machine for five years, and earlier this year, we thought it was time to go for a replacement and strengthen our digital operations. We did not focus a lot on our digital division over these years, but now the market environment has changed, and we feel our digital printing operations can become an important part of our overall business. That is why we bought a color and a black & white press together,” says Mandar Thakurdesai, one of the partners in the company.

“When we bought the Ricoh, we wanted to use it to cater to the short-run demands of our current offset customers as they were going to a third party for that. Now we realize that with digital technology, we can service a different set of customers as well. In the past few years, we have seen a lot of customers emerge who do not want large print quantities,” Thakurdesai shares.

Nandkumar Navale, the second partner in the firm, says that many publishers now do not want to print large quantities of books or novels as they want to optimize their cost and keep their inventories as low as possible. “There are publishers who want an initial run of just 50 copies. In such a scenario of print of demand, the digital technology comes in handy,” Navale says.

The downturn in the overall economy is having an impact on the printing market as well, and Pune is not unaffected. The print orders for promotional items for real estate and automobiles sectors have seen a sharp drop, Thakurdesai says.

“We have seen a significant drop in print volumes; this has been going on for nearly a year and has accelerated in recent months. Print orders for promotional items, especially from customers in the automobiles and real estate sectors, have dropped sharply as they cut on their advertising budgets,” Thakurdesai says.

Navale says that the excess capacity in Pune’s print market is exacerbating the situation. “We have seen the entry of a lot of printers in the last five years, which has created huge capacities in the market. Now, with the economy slowing down and print volumes dropping, the situation has become tough,” he says. 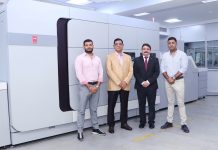 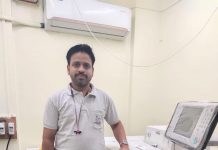