Kolbus, based in Rahden, Germany, was the globally dominant supplier of book binding machinery and systems with a strong footprint in India, including the major book printing exporters. In January 2018, it sold the bookbinding systems to MullerMartini. Today, Kolbus has renewed its India activities with a sales and distribution partnership with Delhi-based Manroland Sheetfed India. Manroland Sheetfed will provide engineering and maintenance services for the Kolbus book case production and embossing, stacking, folding, and box case processing line for luxury machines including their previous models in the country while Kolbus, which continues to provide spare parts for many of its older machines, will supply these.

At a recent meeting at the Manroland Sheetfed office in West Delhi, Maximilian Schulte, area sales manager of Kolbus GmbH said, “Thanks to a partner like Manroland Sheetfed, Kolbus will now also provide service for casemakers and packaging machines; and in order to do that effectively, it is important to have engineers in the country. After-sales service is an important part of installing a machine.”

Kolbus has divested most of its binding equipment to Muller Martini to fully concentrate on casemaking and packaging machinery. “We see new scope for casemakers for the book industry. We have been selling casemakers for more than 50 years and with the right partner, it will regain recognition in the Indian market. In the last 20 years, we have sold more than 25 new casemakers in India and the number is much higher if you take into account the used machines. As for our packaging machines, we aim to become a well known brand in the industry,” Schulte said.

Kolbus, a company that dates back to 1775, started its venture into the packaging industry more than years ago. Part of that is a subsidiary company in the US called Hycorr, which makes equipment for flexo printing and rotary die-cutting of corrugated cartons. In 2018, Kolbus acquired UK-based box machine producer BCS Autobox Machinery, which produces very exciting modular equipment lines for short- and medium-run corrugated cartons including flexo and digital printing options.

Nevertheless, Kolbus remains a vertically integrated precision engineering company with a foundry, a parts manufacturing unit and a warehouse that are a all part of the Kolbus headquarters in Rahden, near Hanover. Its research and development activity is mainly in Rahden but also conducted in Krostitz near Leipzig as well as the Kolbus Autobox plant in the UK and its Hycorr plant in the USA. As of today, the company still produces parts for Kolbus book binding machines assembled and sold by Muller Martini.

Discussing the Kolbus plans for the near future in India, Neeraj Dargan of Manroland Sheetfed India said, “We already have experienced electrical engineers at Manoroland Sheetfed who can maintain Kolbus casemakers but we are still building up on the mechanical part. The mechanical engineers need to be trained at Kolbus Germany. Our plan is to get them trained before the first installation of a new Kolbus casemaking machine in India. We strongly believe that it will happen before drupa 2020.” 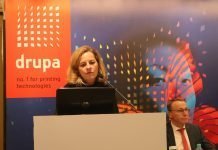 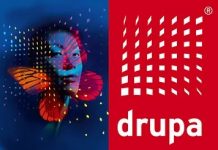 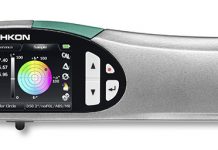