The new office bearers expressed their commitment to work as a team for the betterment of the Indian graphic arts industry so that it can compete with the best machinery and equipment available in the global market. They also expressed their commitment to work in close coordination with each other for the growth of the industry. The points discussed included development of Indian printing, packaging and allied machinery manufacturers, to provide or arrange facilities to Indian manufacturers for participation in overseas exhibitions and conferences, to provide necessary assistance to IPAMA members for developing latest technology and encourage them to manufacture machinery and other equipment to meet international standards as also for effective competition with foreign manufacturers, to increase financial assistance to Indian machine manufacturers for participating in Indian and foreign exhibitions and conferences.

They also committed to working towards the formation of the federation of the Indian graphic arts industry so that its voice could be raised at appropriate platforms more forcefully and emphatically. IPAMA has already completed most of the preliminary formalities, including drafting a memorandum and Articles of Association. Some of the associations have also given their consent to be members of the Federation. The members also committed to involve maximum number of printing and packaging machinery manufacturers and enrol them as IPAMA members, to keep transparency and co-ordination between IPAMA members, GC Members, office bearers and all other concerned agencies in day to day functioning of the association, including formulation of new policies and implementation for achieving long term goals, to keep aims and objectives of the association in view for long-term planning and implementation relating to promotion of its members.

IPAMA will introduce two new sections, signage and LED, at PrintPack 2021. The partner for the signage section is Sonal Khurana. As of now, 187 exhibitor bookings have been confirmed for the upcoming show. With the global acceptance of Indian products and to propel them further in the international market, IPAMA introduced the ‘Go Global’ initiative under which it will enable Indian exhibitors and IPAMA members to participate in international exhibitions. Around five IPAMA members participated in Print Philippines from 2-5 October 2019 and more than 20 members participated in Printech Bangladesh from 10-12 October 2019. 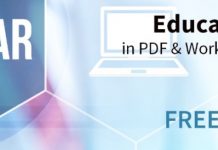