After the AGM activity, BMPA felicitated meritorious students from GIPT, MMP-IPTR and SIES’ GST. Hiral Chheda of Chheda Management Consultants gave a presentation pertaining to labor laws. He gave an overview of the Code of Wages, which has now become an Act since it has received the assent of the President. This Act would be implemented once the appointment date is notified by the central government, he said.

Providing details about the Code, Chheda said that it is divided into nine chapters containing 68 sections. It covers four main Acts – Payment of Bonus Act, Minimum Wages Act, Payment of Wages Act and Equal Remuneration Act. He said that the aim behind codification of labor laws by the government was to revamp old laws, remove confusion on overlapping definitions, enforce implementation under all establishments and factories, create a uniform system of governance, expand the ambit of law and rationalize penalties.

The event came to a close with a presentation by Mehul Desai of Mail Order Solutions, who spoke about the need for the print industry to clear negative perceptions about printing having an adverse impact on the environment. Desai argued that the Indian print industry has not been aggressively conveying the right facts to the wider public and this has led to a negative opinion about the industry.

Desai informed the audience that BMPA has been able to convince the All India Federation of Master Printers (AIFMP) that a concerted campaign needs to be launched to clear out the negative perception. Subsequently, AIFMP has extended a grant to Rs 75 lakhs to BMPA to carry out the campaign.

To begin with, BMPA is talking to UK-based Two Sides, which is an initiative by companies from the graphic communications supply chain including forestry, pulp, paper, inks and chemicals, prepress, press, finishing, publishing, printing, envelopes and postal operators. Its common goal is to promote the sustainability of the graphic communications supply chain and dispel common environmental misconceptions by providing users with verifiable information on why print and paper is an attractive, practical and sustainable communications medium.

Desai said once Two Sides comes to India, BMPA will work to bring all the stakeholders in India together and finally launch a sustained campaign with the help of Two Sides.

“We have to challenge the erroneous perception about our industry and we have to tell the public that print does not damage the environment,” Desai said. 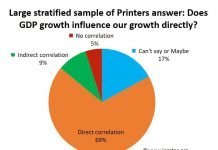 The need to invest in real evidence-based research and numbers 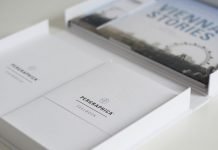 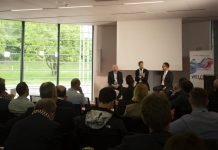 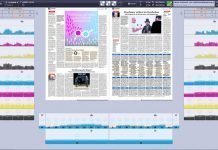