Advertisement space in print media during Q1 2019 (January-March) dropped 6% compared to Q1 2018, according to the latest TAM AdEx India, a division of TAM Media Research, report. The number of advertisers has also seen a decline in Q1 2019.

There were some new brands who appeared in an advertisement in the Q1 2019. The top five new brands were Bajaj Pulsar Neon Edition, Mahindra XUV 300, Hyundai Santro, MX Player and TVS Radeon. 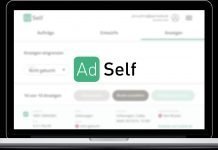