Propaganda, misinformation and hoaxes spread through traditional news or online social media – digital news has brought back the age-old tradition of increased fake news. Frequently and conveniently circulated by social media, it feeds mainstream media as well. Fake news is published with the intent to mislead and to damage an agency, entity or person and gain financially or politically using fabricated headlines to increase readership. Not just a fascist invention, in 2016, the term fake news went from being absent in search records to become a top Google search expression.

Ethiraj spoke of an MIT study released last year said that fake news has a 70% greater chance to be retweeted and seen, while true stories may take up to six times longer to reach their audience. Fake news is more fun and easier to digest. The medical space according to him is far more nefarious where misinformation is spread in the suggested health remedies that are akin to quackery. However, by playing to common fears and superstitions, these have a feel good element which encourages sharing with friends and family. There are also concerted and planned pushes by unscrupulous vendors.

Manisha Pande of Newslaundry explained that fake news excites audiences unlike fact-checked news which is boring. She also emphasized that media houses have stopped writing for their readers, and instead are writing for their peers, ministries and industry sponsors. Since fake news, according to her, talks to the reader, in simple ways, the implication may be that journalists too need to simplify and demystify their work.

A different opinion was expressed by psychiatrist Sarin, who pointed out that many consider this a modern phenomenon while fake news has always been around. The change according to him has come from the fluency in technology that has amplified the practice. He added, “Fake news is a classic example of where the extremes tend to define the rest of it. Just like the periphery defines the center.”

Desai said that the very idea of ‘The News’ is a conceit. The newspaper uses devices such as symmetry; the idea of the editor or the name of newspapers construct a self-validating authority. Over time, he says, we have started dismantling the apparentness of these constructions. According to Desai, fake news may just be something that the reader is willing to believe. 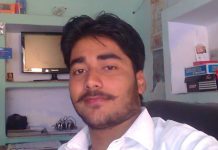