Sponsoring the news at Media Rumble 2019 was an interesting discussion among the panelists – Atika Malik, chief operating officer at Cheil, columnist and social commentator Santosh Desai and the chief executive officer of Mullen Lintas, Vikas Mehta – on the relationship of advertising to the quality of journalism.

The conversation opened with moderator Sunetra Choudhury, a journalist and anchor at NDTV asking, “How do brands and marketeers decide where to advertise?” Answering this, Malik said that it depends on the target audience, which is mostly Gen Z. “The millennials are looking for trust and credibility and not sensational content. Brands need to be cautious about where they place their advertisement if they want to appeal to their audience,” she said.

With smartphones glued to the hands of almost every person, the bigger question is whether the new generation reads news at all. In response, Desai said that the new generation does keep up with news but on different platforms; they watch news on social media and communications applications. A message circulating on WhatsApp can also be called news. However, the benchmark of authenticity changes with the medium. In times when brands can be called upon directly, they need to be conscious about what are they implicating.

Mehta said that for a news platform, it is important to consider what message is getting across and that is where the qualitative parameter comes in the picture. “Brands are becoming conscious about where they are seen. As a brand, I would be conscious about the kind of content I am affiliating with and that will depend on the quality of the content. That is why brands will gravitate towards better quality content; this is a force of nature,” he added.

Choudhury emphasized that the validity of content seems to be more important than the numbers. The audience wants to know whether you stand by your content. “Brands go for numbers largely but not entirely,” said Desai. On the other hand, advertisements that are placed by algorithms are based on numbers and the advertiser is not aware of where the ad is being placed. Furthermore, if a publisher does not have credible content, it will have to rely on numbers to drive revenue. Advertisers are not responsible for the credibility of the content; the quality of content lies with the publisher.

Malik presented a different point of view saying that digitization can help to hold a brand responsible since it allows the consumers to address them directly. This will force brands to be conscious of their actions. In this manner, the audience becomes the voice of consciousness. Giving an example of brand consciousness, Malik recalled the recent incident where food delivery platform Zomato gracefully protected its Muslim delivery person from bigoted attacks on Twitter. Desai, however, was not convinced with the idea that the audience could be a moderator of brands. He said that the idea of brands professing their stand on social media and ignoring numbers or business is being a little too optimistic.

The debate continued with Malik arguing that influencers in different genres on social media have millions of followers and brands are losing their audience to them. Hence, it is important for brands to step up and go for better quality reach and engagement instead of numbers to grab the attention of the audience. It makes commercial sense in the long run and is monetarily rewarding. In addition, while advertising with influencers and using their wide audience reach can be an opportunity for brands, there are challenges attached to this approach. “Influencers will say and do anything do get more followers. Where do you draw the line in the kind of content they will use to do so?” Malik asked.

Meanwhile, newsrooms cannot report only what the audience wants and are obliged to report facts truthfully. The panelists were of the opinion that even though newsrooms and brands cannot alter the content according to the audience, they will still need to adapt to the changing trends and shift to digital media since that’s where most of the people read or get their news.

The discussion concluded by expressing the need for a business model that rewards credibility. And once again reiterating that the primary responsibility of credible content lies with the media and not the brands who see it as a marketing medium. 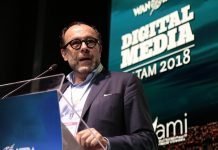