In the early 1930s before the Reserve Bank was formed, there were 1,234 banks in India. Though the RBI was set up in 1934, it did not regulate banks, despite numerous bank failures, only because they were far too many. Only after the failure of the Palai Central Bank of Kerala in 1960, the finance minister, Morarjee Desai mandated compulsory consolidation that eventually brought down the number of banks to 84. RBI, which was more of a currency regulator in the initial years, took up the work of bank regulation only in the sixties. Banking as an industry grew thereafter as larger banks were able to invest more capital and open more branches and services.

Today the media industry needs consolidation. The growth in the digital era has been phenomenal but unwieldy. There are hundreds of broadcasting companies and tens and thousands of digital and social media outlets in the country. Like the banks of yesteryear, they are one too many. It has caused loss of quality as well as profitability for the industry. Though there is so much media presence, we do not have any doing in-depth researched content. The quality of news is deteriorating every day. And this because researched content needs deep pockets and private investment in India is just not forthcoming.

Apart from the quality of news and depth of research there is another looming problem. Too many media houses have added to a cacophony of sound, making it extremely difficult to stop fake news. The problem was not so acute even two decades back. It is amplified largely due to the low entry costs of digital media. Strangely, television news channels and websites double before every election and no government has been able to stop this proliferation. In the US, the situation is even worse than in India, because both Russia and China invest serious money to influence American domestic and foreign policy; this, despite the fact that the largest technology companies are all of US origin.

It would have been fine if this would not have grossly influenced opinion. But ‘Google search’ and ‘Facebook share’ with crafty keyword based promotion has made it very easy for fly by night producers of fake news to go viral. This is a global trend and not only in India. The entry cost of digital media is just too low. It can be as low as one man with one device and one internet connection. ‘Google search’ and ‘Facebook share’ are like cruise missiles. All you need is ‘loaded content’ to fire. We have seen the havoc lone wolves can cause with over-the-counter automatic handguns. Now just imagine if you could buy cruise missiles from these gun stores. In our information age, content is like gun powder. Like a cruise missile, once fired, it is nearly unstoppable. Even sensational headlines that are blatantly false cannot be stopped from causing lethal damage. So what is the solution?

Zee disinvestment could show the way to the future

The future of media is to transmit all digital information through telecom pipelines. The direct to home service, the WiFi and the mobile telephony are all information service lines through which television and internet services will be ultimately piped in. This is possibly a key reason why Zee’s promoters are so keen to divest to telecom majors. They have found out the hard way that growing an independent media business in India is impossible without acquiring huge debt or a strong foreign financial and tech partner. Thus, the Zee promoters decided to look for foreign partners to divest their stake late last year. However, once the news of the group’s debt was out in the market and led to intense scrutiny, its stock price went on a tailspin.

But all that is now over and Zee is reportedly closing in on a deal with a consortium led by US cable giant Comcast. As per Business Today, the Comcast-led consortium is conducting a due diligence on Zee. Comcast already has stakes in NBC, CNBC and Universal Studios. Other members of the consortium include the PE firm Blackstone, and James Murdoch owned Lupa Systems. Murdoch is cash flush once again, having divested 21st century Fox and Star India recently to Disney Entertainment for US$ 52.4 billion. However, Lupa cannot hold more than a 10% stake due to a non-compete agreement with Disney.

Other suitors in the fray are Facebook and Sony, who are all trying to enter the Indian media market in a big way. They have expressed interest to pick up stakes in Zee and help the company repay its Rs. 13,000 crore infrastructure debt. The Zee share that tanked by 26% from March to April of this year could further decline if the promoters debt is not repaid by September 2019, the deadline declared by Zee’s Subhash Chandra. Zee is reportedly interested to tie up with a telecom company, knowing that technology will be key to its future broadcasting business.

For these and other complex reasons, the Raghav Behl led Network 18 group sold its broadcasting business to Reliance in 2014, which had funded its growth through off-market deals. In a kind of simplification or resolution of its investments, Reliance bought out 42 properties from Behl including news channels CNN News 18 and CNBC India and entertainment channel Colors and ETV.

A look at the financial statements of all other Indian media houses like NDTV, Times News Network, India Today TV or any other would not be a happy sight either. Most are hemorrhaging, losing enormous amounts of money every year with spiraling debt. That is true for entertainment channels and regional language channels as well. There are too many off-market deals financing media companies, for comfort.

The launch of Jio a year after Reliance’s acquisition of Network 18 set the cat amongst the pigeons. In less than 3 years time it became the second largest player in the telecom sector. But India needs more than one Reliance for fast growth. Airtel and Vodafone have been scouting for foreign capital and technology partners desperately. Verizon, Huawei and Xiaomi are trying to enter the Indian market. The Bharat Net project of the GOI spearheaded by public sector companies is a much delayed project making the roll out of digital India to the rural populace look difficult. Privatization of the infrastructure for a 5G future is going to be expensive and foreign investment is needed.

This government has been pro-active and raised the foreign investment holding limit in electronic media and entertainment industry to 49% by the automatic route and 100% through the FIPB route in March 2016. These levels should help both streamlining, consolidation and accountability, enabling the entry of big technology players with deep pockets to invest in digital India. We can have Indian, American and Chinese pipelines but a long term policy to make all digital information uniformly piped through telecom operators is needed. It can bring health and future readiness to the electronic media business. Apart from making a few telecom consortiums more responsible for the content they deliver, it would be much easier for the government to monitor thousands of loosely knit and struggling media organizations broadcast directly to consumers.

This article represents the personal views of the author. 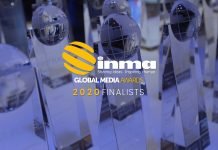