Internet adspend growth is led by the overlapping channels of online video and social media, which are expected to grow at average rates of 18% and 17% a year, respectively, to 2021. These channels are benefitting from continued technological improvements to smartphone technology, connection speeds, and advertising targeting and delivery, combined with strong growth in investment in content. 5G technology, which launched in South Korea and the US in April and is starting to roll out elsewhere, will further improve brand experiences on these channels by making mobile connections much faster and more responsive.

Other channels are growing much less rapidly. Paid search, which accounted for 37% of internet adspend in 2018, grew by 11% that year, and MV forecasts its growth rate to fall to 7% in 2021. A lot of innovation in search is taking place in voice, which is currently not monetised. Online classified advertising (ads sitting alongside other ads rather than content, such as jobs, property and second-hand vehicle listings) is starting to lose out to other digital channels, or free alternatives. Online classified advertising grew 9% globally in 2018, but is already starting to shrink in some markets, and in 2021 MV expects spending to decline by 1.6% globally.

Traditional media remains the priority for most big brands

Other traditional media are more healthy. Radio is increasing its ad revenue by 1% annually. Out-of-home contractors continue to expand their digital display networks, contributing to 4% annual growth in their revenues. Cinema, though accounting for a tiny 0.8% of total adspend, is growing at 12% a year, thanks mainly to a boom in the popularity of cinema in China.

Zenith forecasts global adspend to grow by 4.6% this year, to reach $639 billion. That’s marginally down from the 4.7% growth forecast in March, but is a strong result given the increased estimates of how much was spent in 2018. Zenith now estimates growth in 2018 at 6.4%, up from its previous estimate of 5.9%, creating a tougher comparative for 2019.

Global adspend is now forecasted to increase by $28 billion in 2019. Almost half this growth ($13 billion) will come from the US, which is benefiting from very rapid growth in internet advertising – at 15.4%, ahead of the global average of 11.7%. China will be the next biggest contributor to growth, adding $4 billion in extra adspend, followed by the UK and India at $1 billion each.

“The point at which internet advertising exceeds 50% of global adspend has been approaching for some time, but this is the first time it has appeared in our forecasts,” said Jonathan Barnard, head of Forecasting at Zenith. “However, 2021 will be the first year of single-digit internet adspend growth since 2001, the year the dotcom bubble burst,” Barnard added.

The article was first published on Media Vataar. 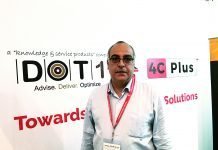 4Cplus & Dot1 to come up with robotic process automation systems Publishers lose out as digital giants take over marketing