Mumbai-based Technicon India, a manufacturer of automation solutions for the newspaper industry, has supplied its newly launched machine for sticking shampoo and similar type of pouches on newspapers to Times of India’s Kandivali printing plant for trials. The machine was displayed for the first time at Printpack 2019 that was held in Greater Noida in February this year.

This machine, called the Harrier, will for the first time automate the process of sticking shampoo and similar type of pouches on newspapers. This type of work is presently done manually and therefore is highly labour intensive and time-consuming. Not only pouches, the machine can add-on advertising material such as die-cut pictures of products, cards, booklets and flat merchandise of any material, among others.

“The machine was put into trail at Times of India’s Kandivali press shortly after Printpack and has been there since then. Times of India is using the machine to stick pouches on the newspaper. The initial feedback has been very good. We have been working in close coordination with their team lead by Snehasis Roy,” says Rajiv Gandotra, founder of Technicon India.

According to Gandotra, this solution is a huge revenue generating potential for newspapers on everyday basis. Keeping this in mind, Technicon is focusing hard on this trail at Times of India because success there would be breakthrough for this new product.

“Like I said feedback from Times of India during the trial period has been very encouraging and we are confident that we will close the final deal soon. If that happens, it will a very big development for the product because if a newspaper like Times of India shows confident in a new solution like this, it means a lot,” Gandotra adds.

Technicon has recently tied up with Japan’s Seiken Graphics to work on a project at Thanthi’s Tiruchirappalli plant. Seiken is supplying high speed printing machines and some part of the mailroom while Technicon will supply the rest of the mailroom such as under wrappers and conveyers.

“The installation process is underway, and we expected to finish the job by end of this month,” Gandotra says.

Newspaper industry yet to pick up speed

The Indian newspaper industry was under severe stress for last couple of ears due to rising paper prices. However, in recent months prices have cooled down but Gandotra says that the industry is still some time away from full recovery.

“The high paper price was a back breaker for the newspaper industry which put severe pressure on the health of the whole industry. Although prices have come down, I believe it will take some time for the industry to recover fully,” he argues.

Gandotra says there are still uncertainties over economic growth. Also, the industry is watching what the outcome of the general elections will be, he says.

“It will be important that we get a stable government at the centre. If that happens, I expect investment to pick up in the newspaper industry. However, it will still take a few months for things to pick up,” he concludes. u 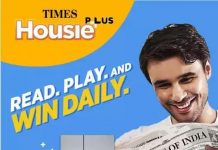 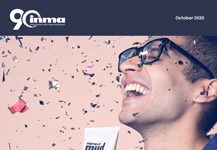